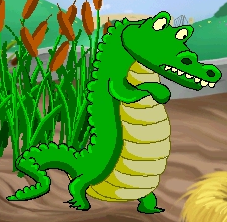 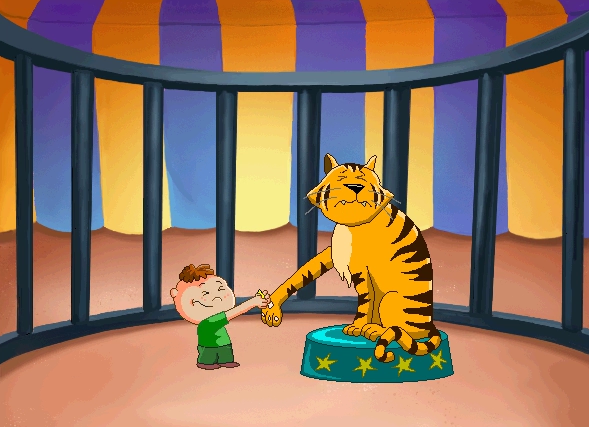 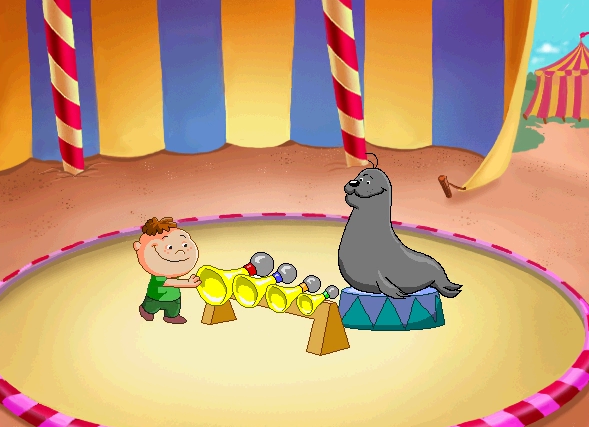 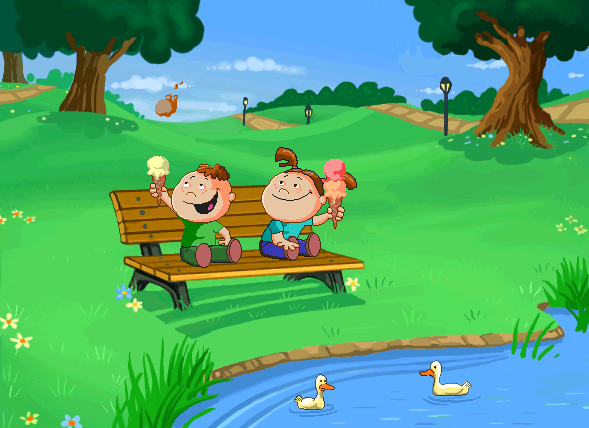 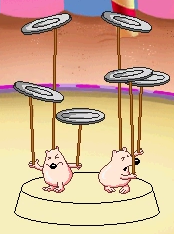 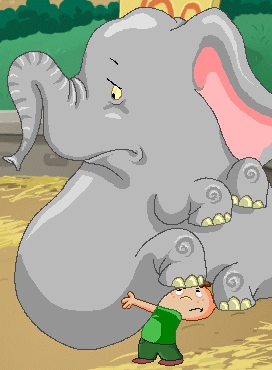 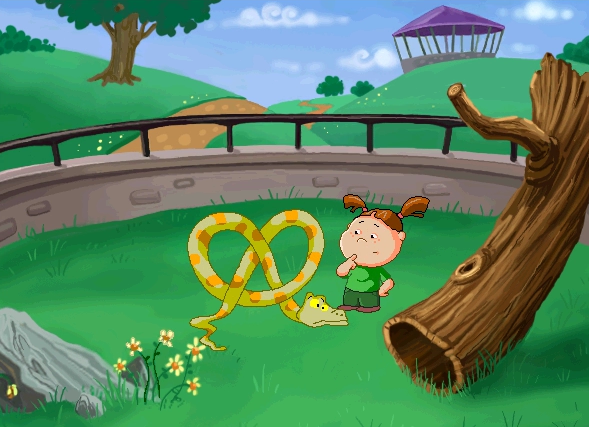 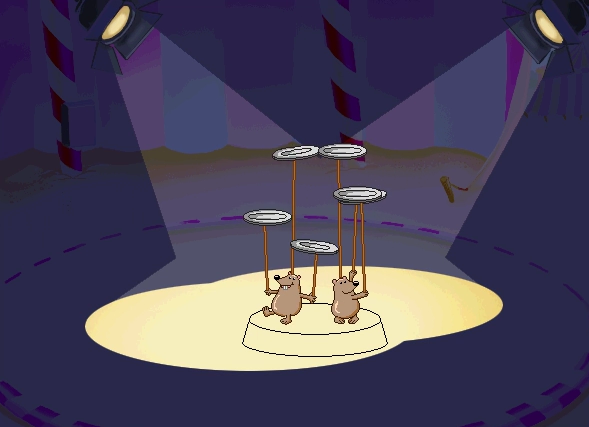 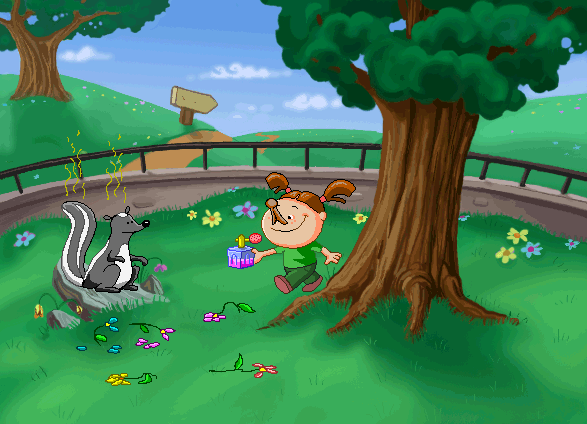 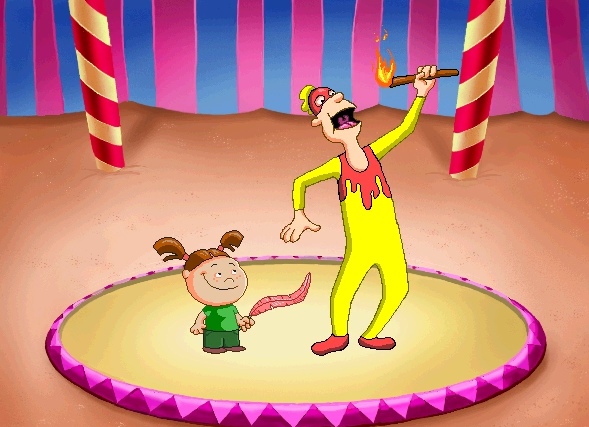 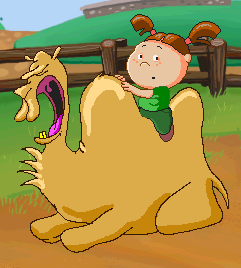 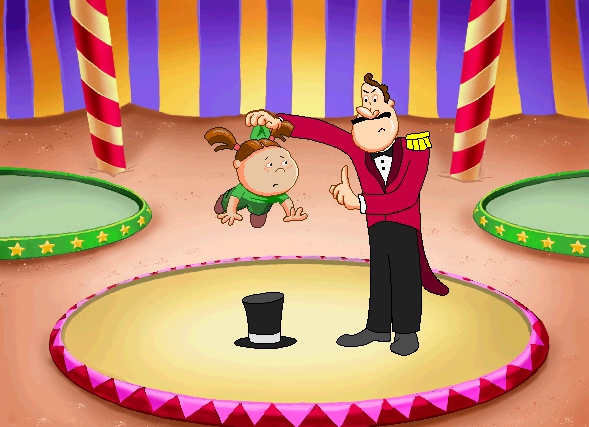 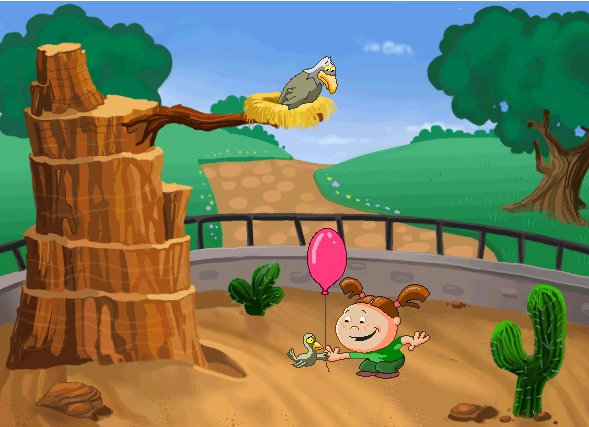 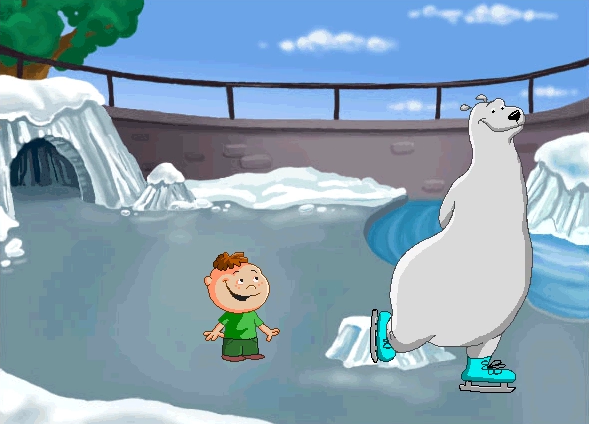 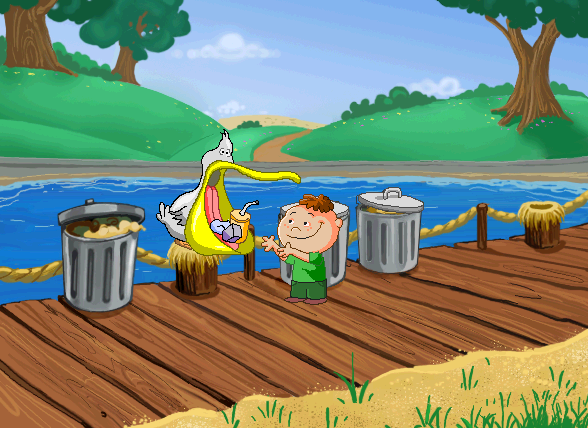 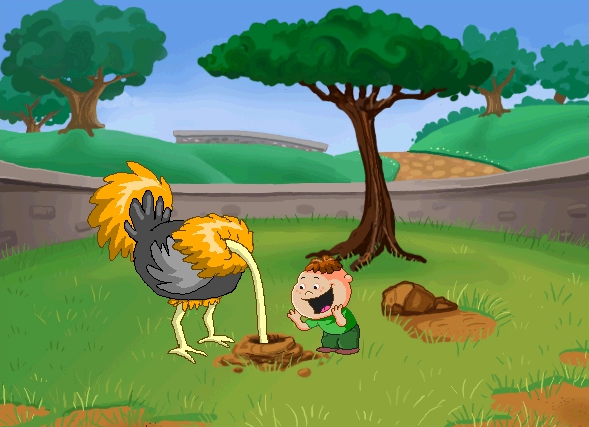 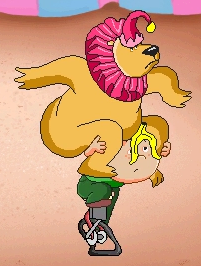 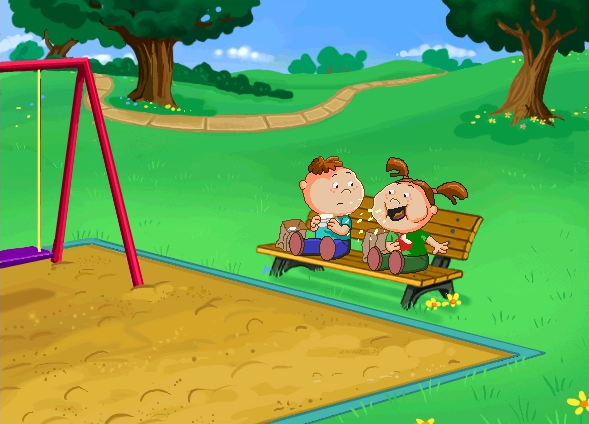 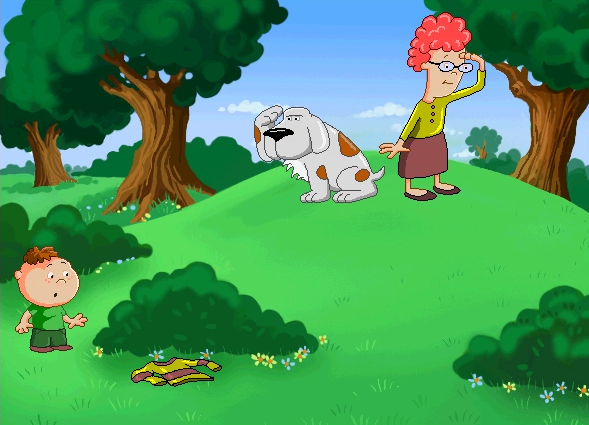 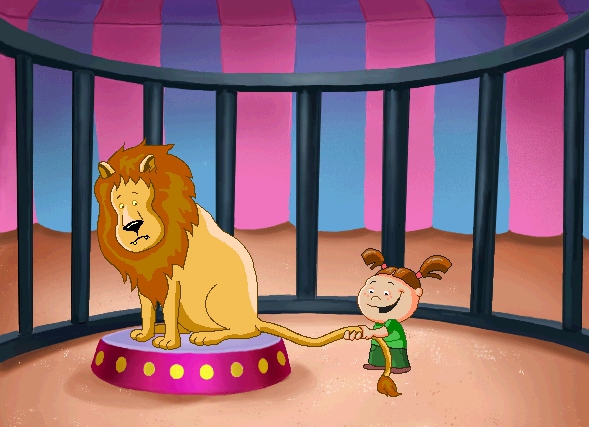 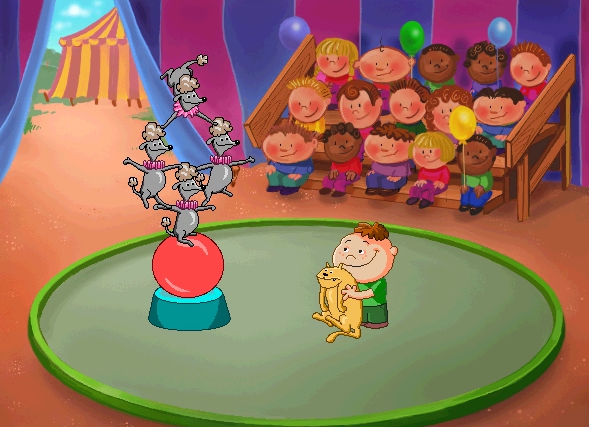 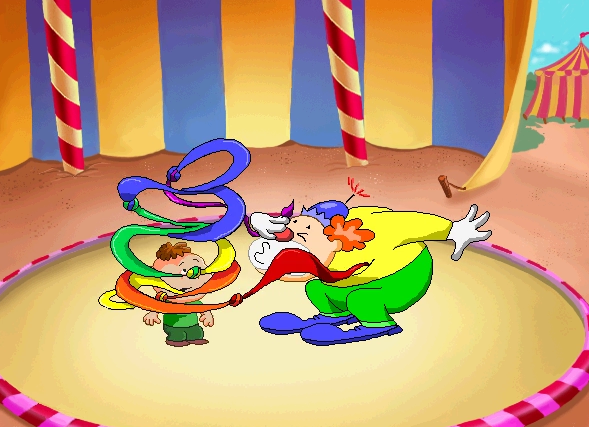 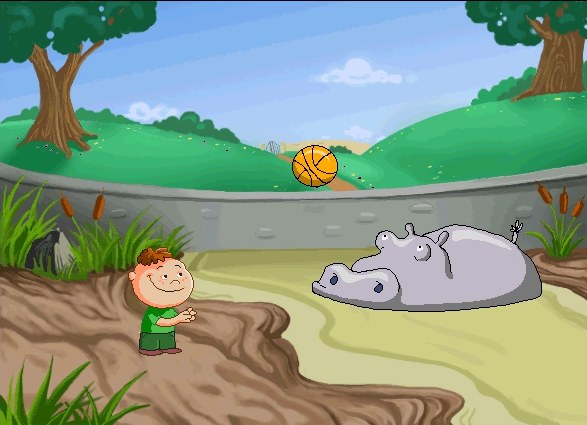 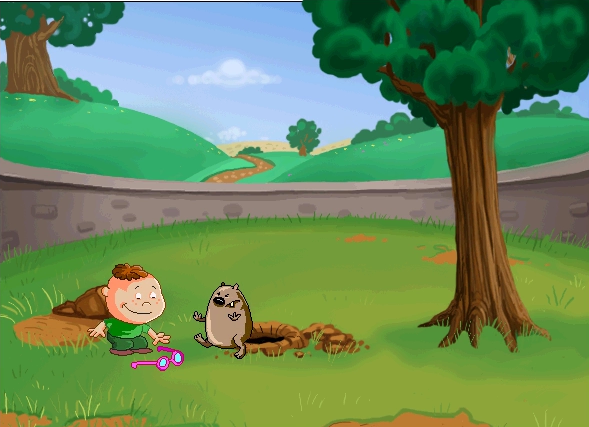 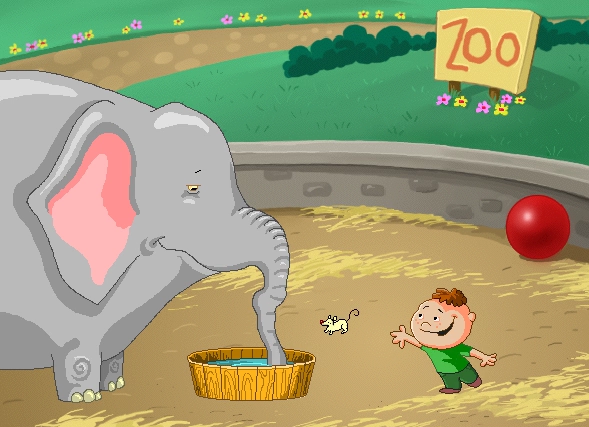 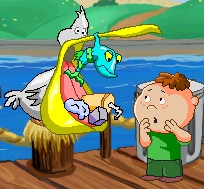 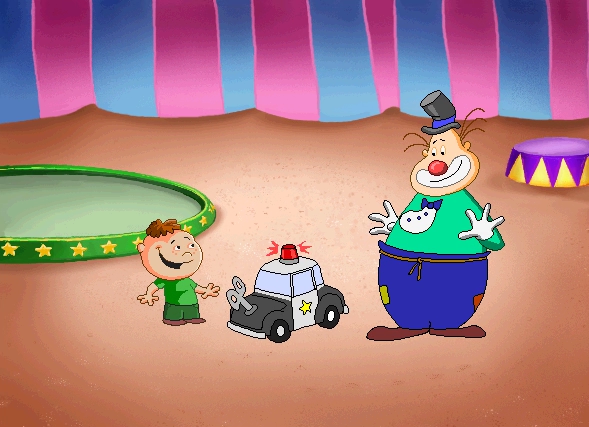 The Do and Don't Movies

The computer version of Chutes and Ladders for Hasbro Interactive introduced a few new aspects over the traditional board game. One of these involved a series of “Do” and “Don’t” movies that showed each time a player went up a ladder or down a chute. The movies were short lessons in social etiquette and the consequences of nice or naughty behavior towards others.

I created the storyboards for all three of the locations within the game where the vignettes took place—at the Zoo, the Park and the Circus—and worked with the writer and producer on how the positive or negative consequences played out in each scenario (many of them based on that look a parent can give—you know the one).

Unfortunately I no longer have the original storyboards, but the animations survive. The forty plus sequences that I completed were all pixel art animation.