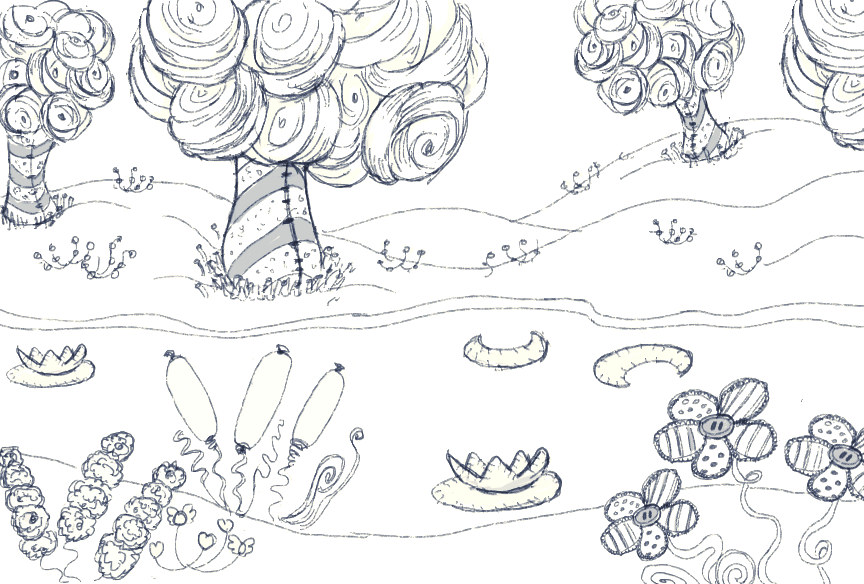 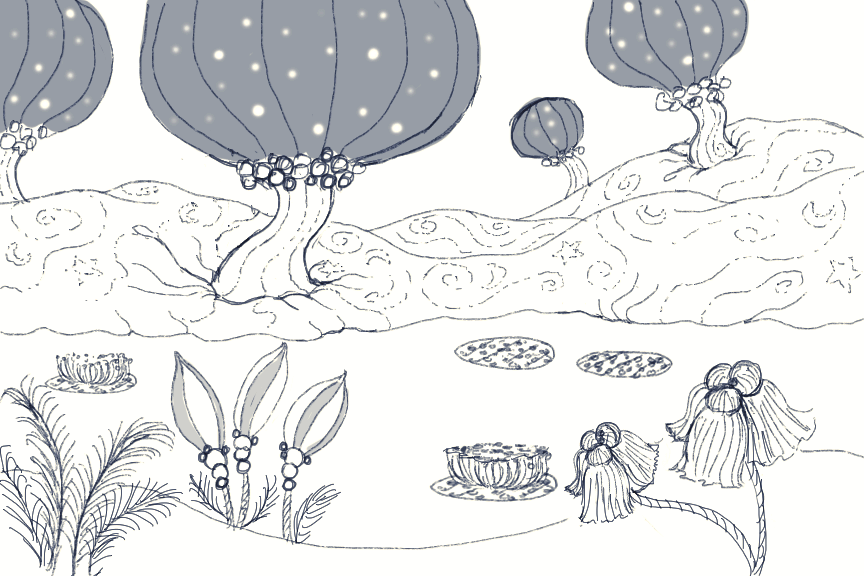 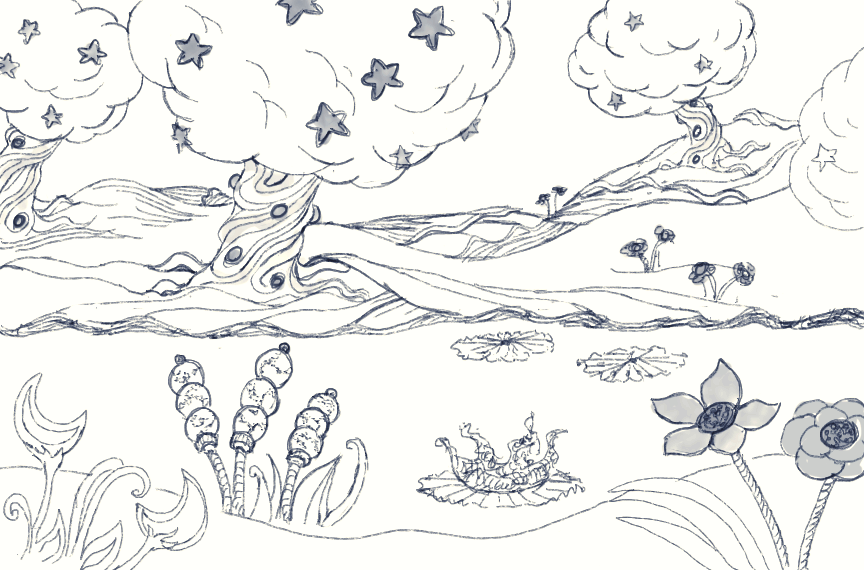 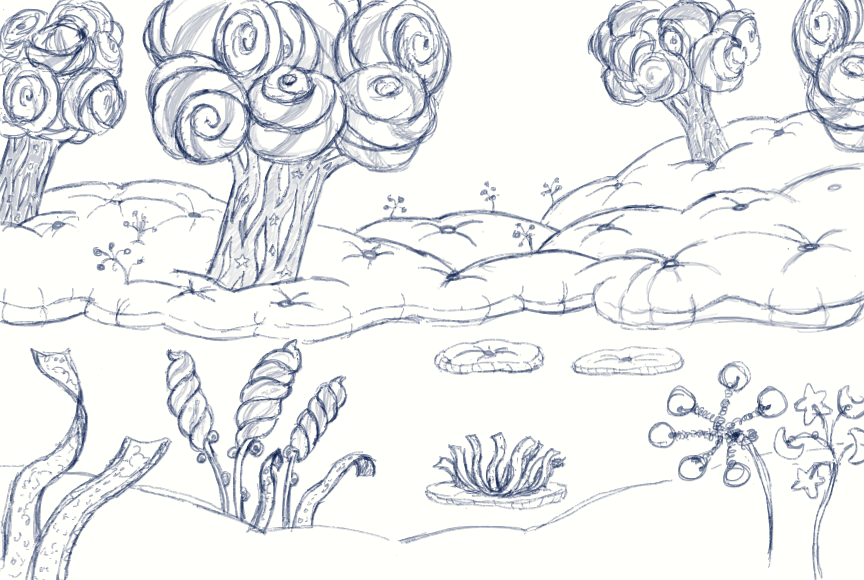 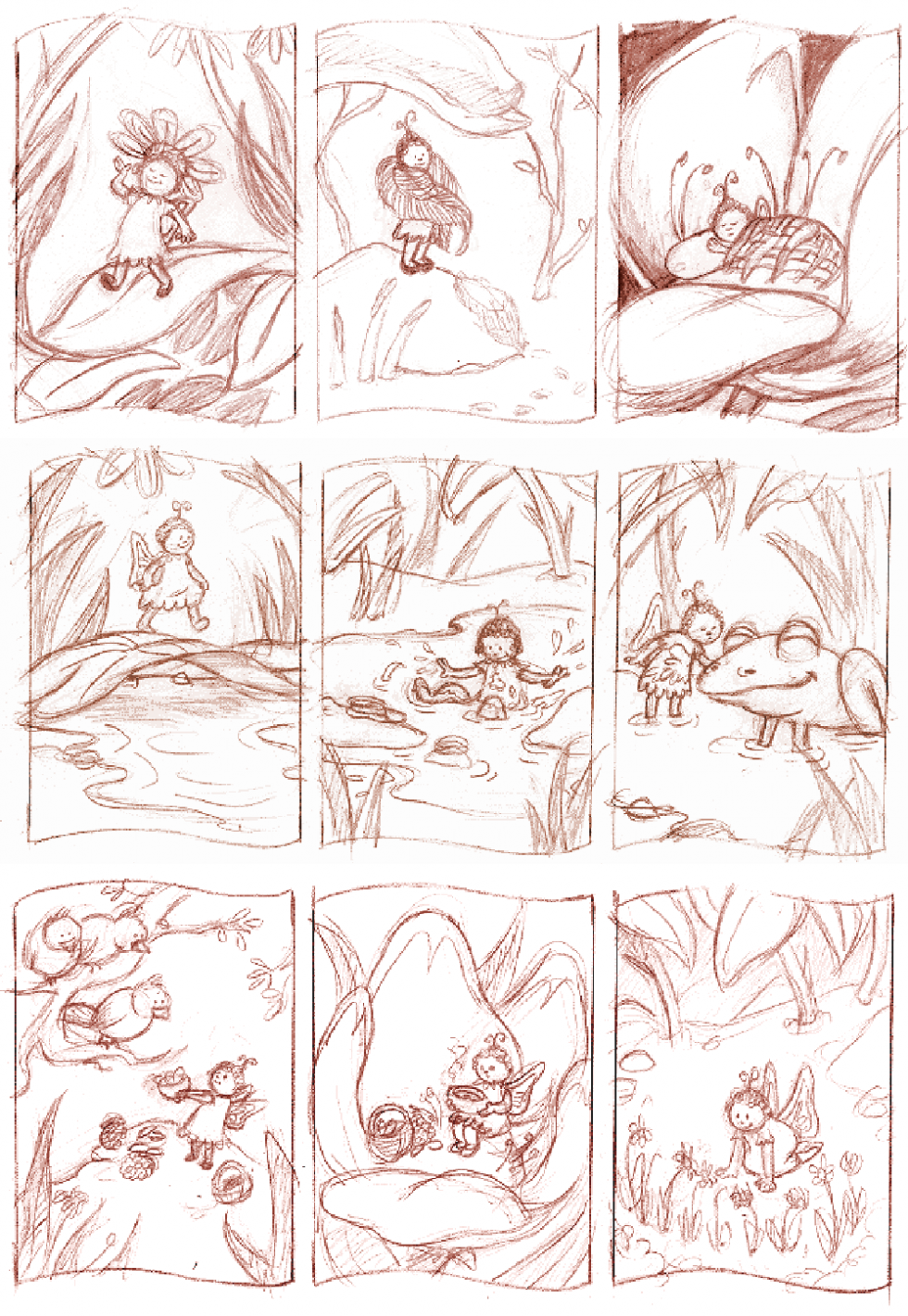 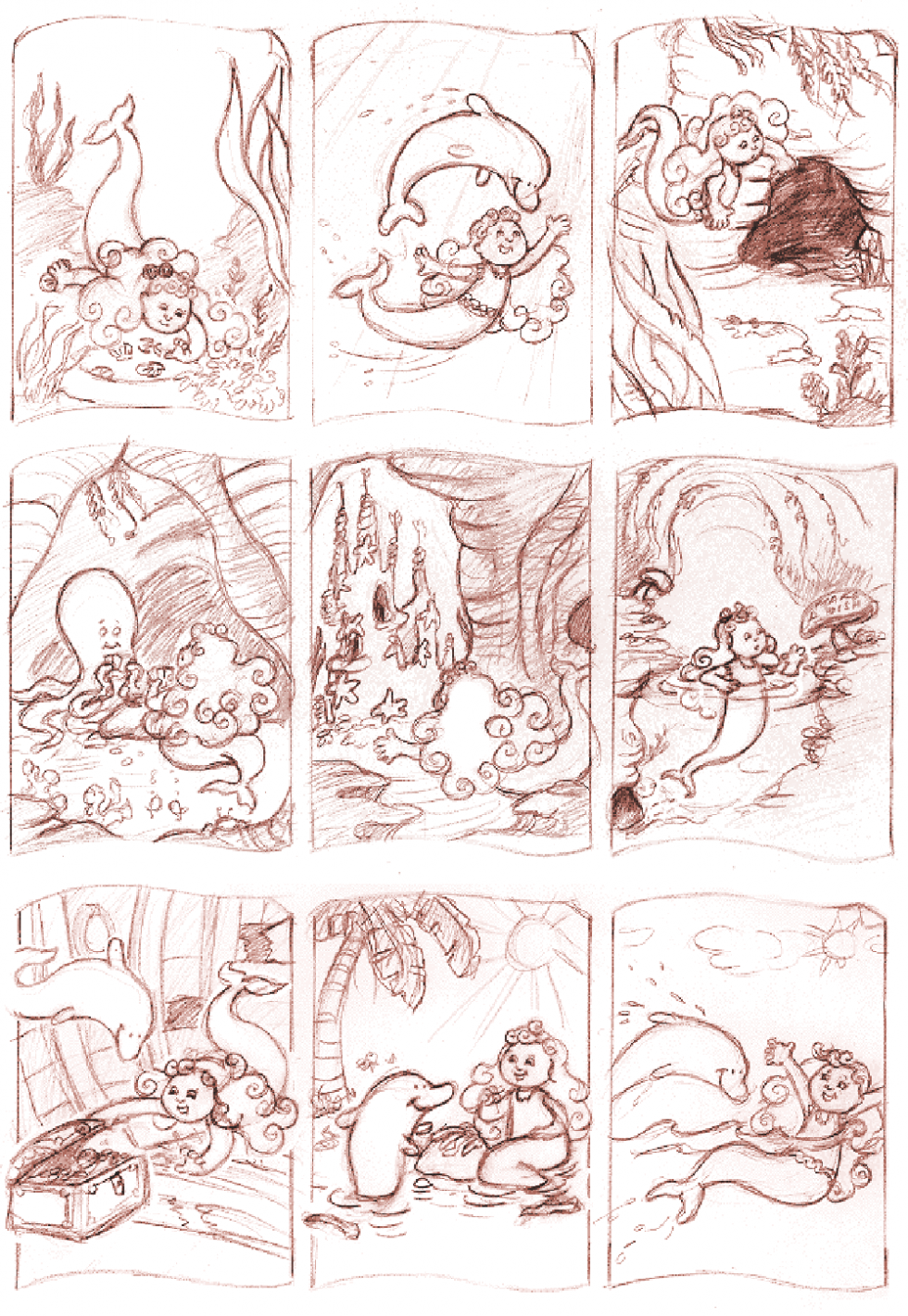 More often than not I produced concept art for the project in which I was involved, rendering ideas for the look and feel of any number of facets of the game or animation. I use ‘concept art’ broadly to entail art and sketches that contributed to the overall visual design, as well as drawings or thumbnails that suggested visual behavior when animation or interaction was involved.

When the teams were small for a given project, I often took on multiple aspects of the overall design—storyboarding, character design and layouts for animation, and design of the user interface.

Shown here: environments for a 3D animated lullaby as part of a music DVD, and a simple storybook with three branching storylines for a published game.