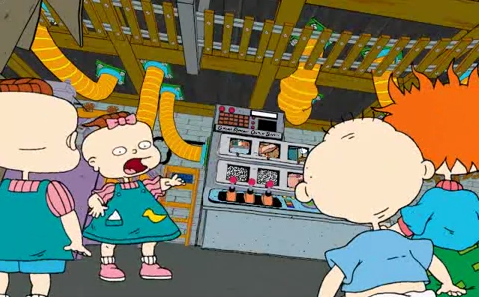 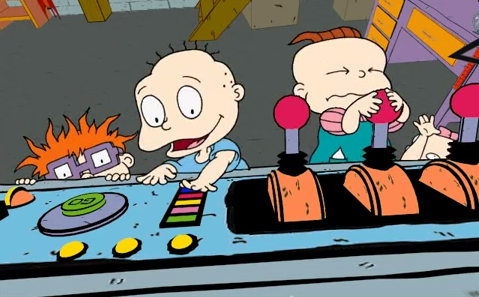 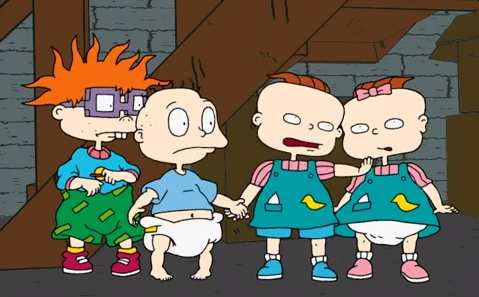 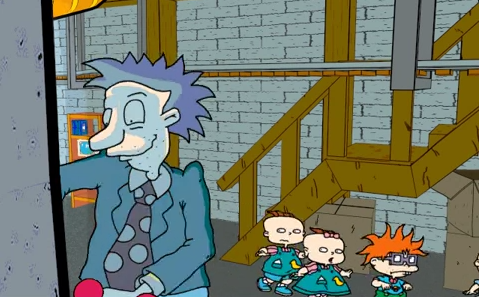 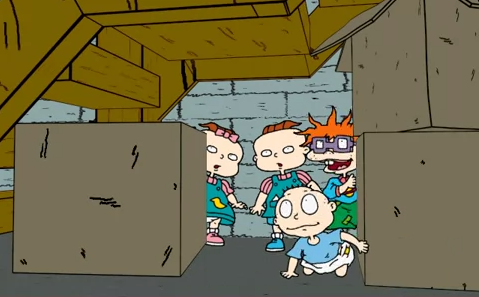 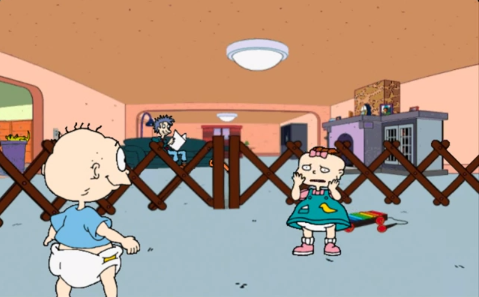 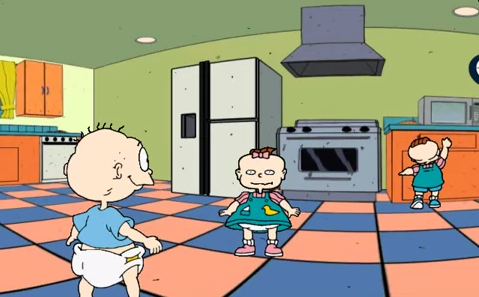 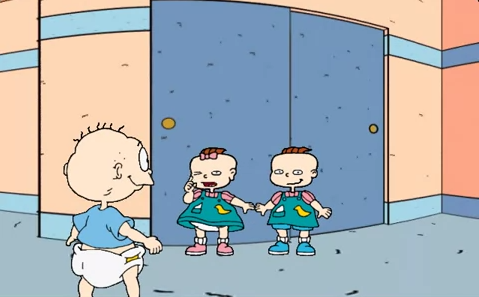 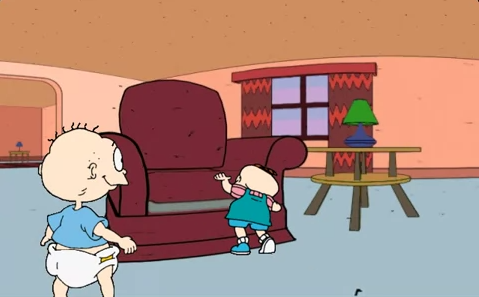 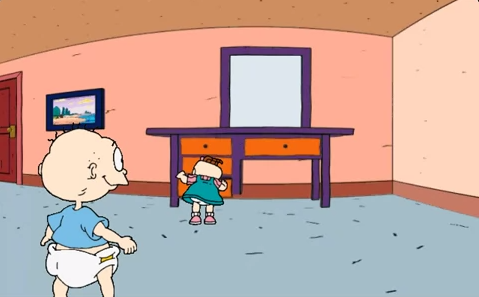 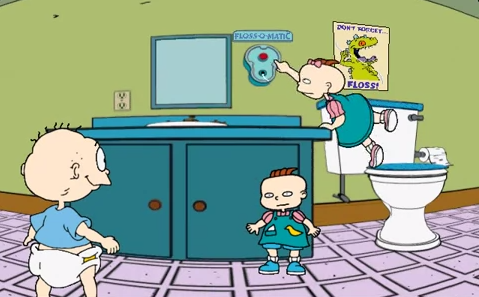 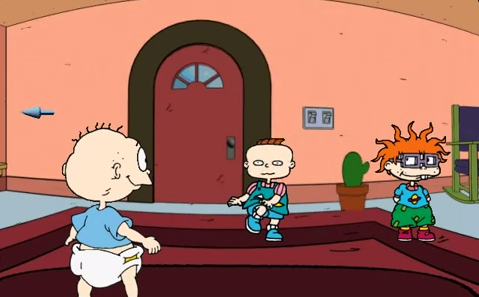 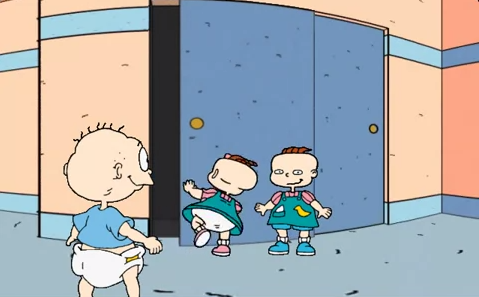 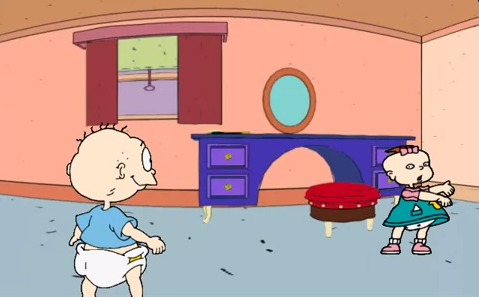 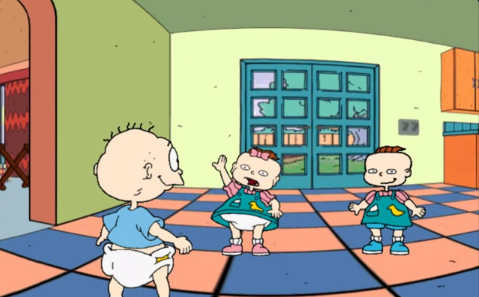 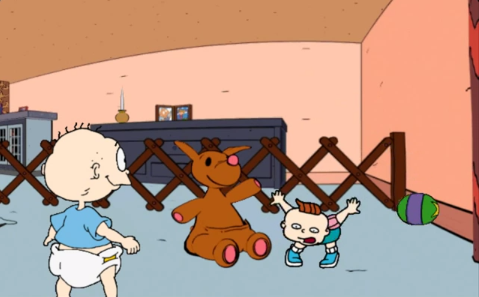 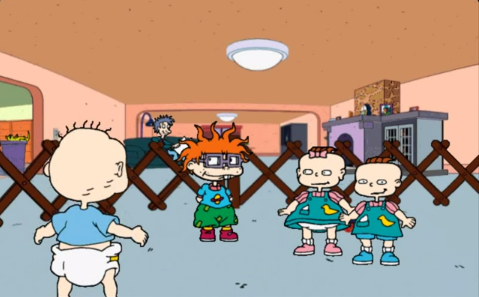 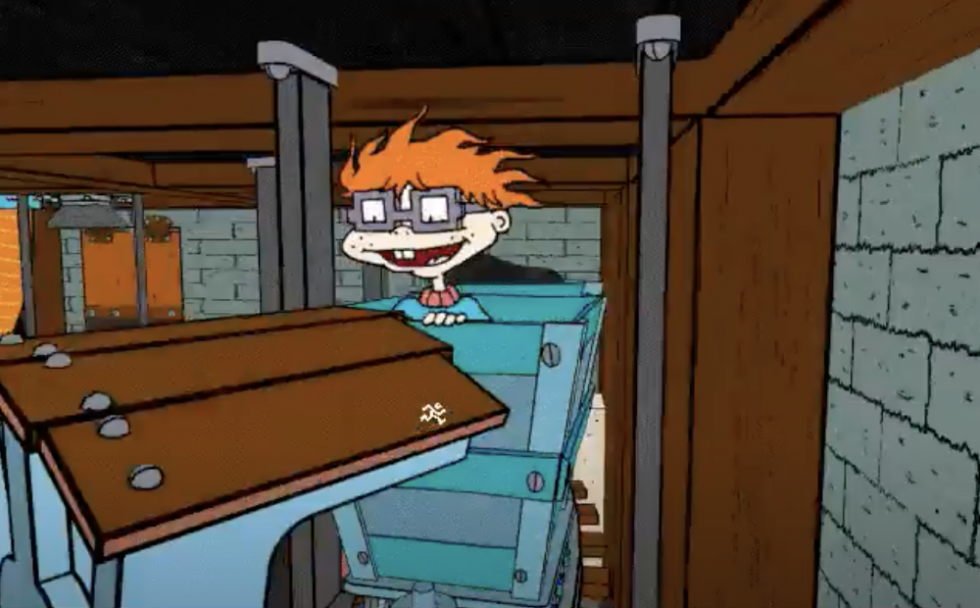 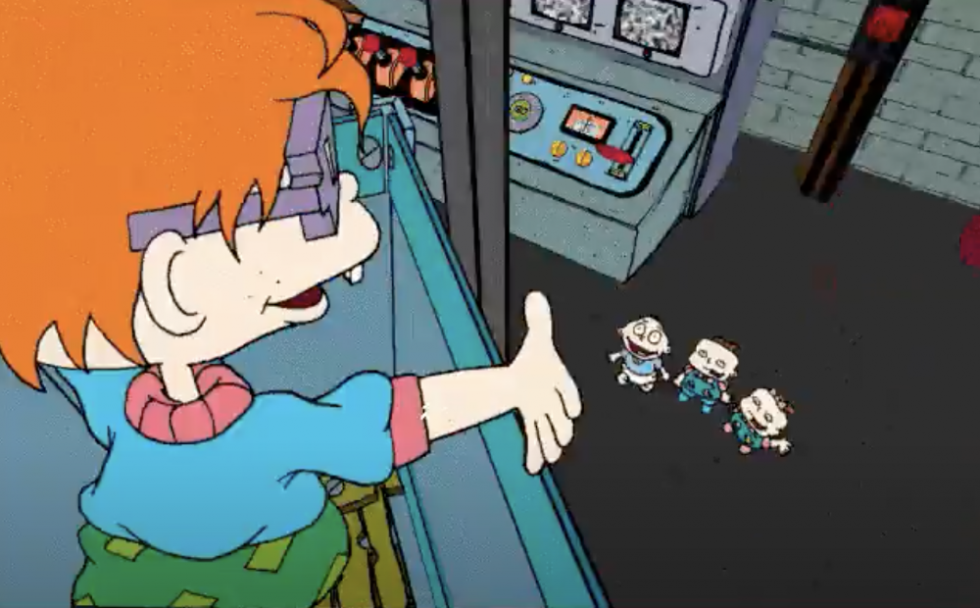 The Rugrats Adventure Game was the first computer game for the popular Nickelodeon’s Rugrats franchise, published on CD-ROM for Mac/Win. The game translated the TV-series world into an interactive environment that put the player eye to eye with the Rugrats. By combining 2D character animation with 3D-rendered sets the game maintained the TV show’s look and style while providing navigable spaces for the player.

Given the scope of the game, and the sheer amount of animation involved in the cutscenes and playable parts, the developer, Broderbund, enlisted a small army of visual artists and animators. I was involved throughout the production, first as a storyboard artist, then as an animator for a handful of cutscenes, as well as lead animator for Phil and Lil game animation as they look for and collect items in different rooms of the house.

With the production steps at the time, getting the 2D animation to work well within the 3D background was a gratifying process. I was pleased with the animation I did for Chuckie once he is successfully dumped into the train. Having designed the story sequence I was able to sit down with the 3D animators and maneuver where the camera would move to to capture the camera angles as they were storyboarded. I then worked with a stack of sequential printouts of the moving train, on which and into which I drew 2D Chuckie. You can see the sequence here at around 22:00.