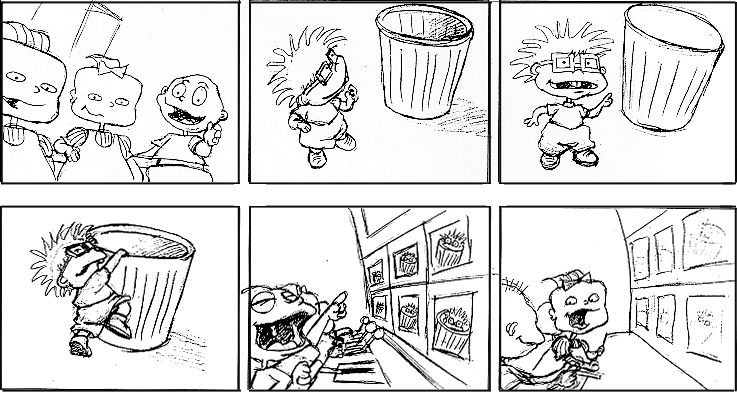 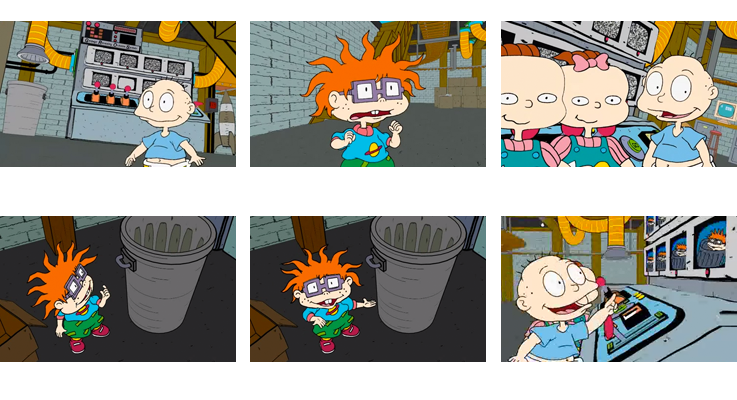 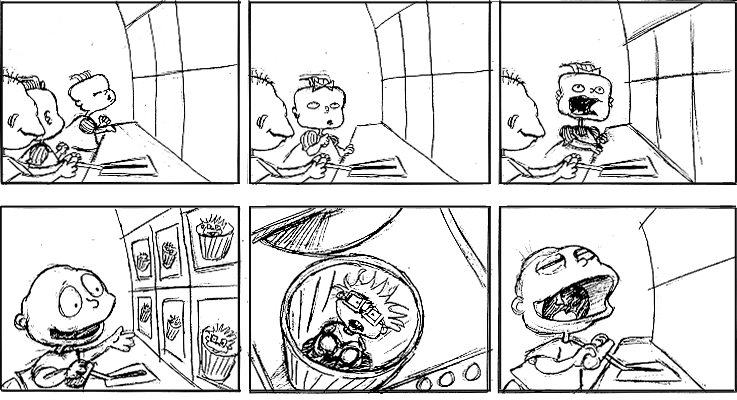 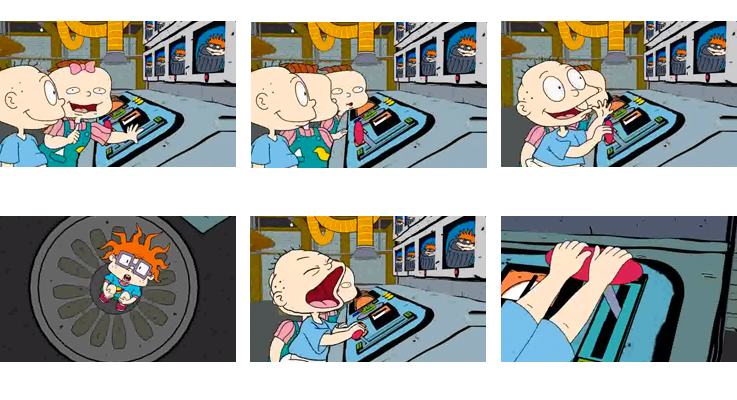 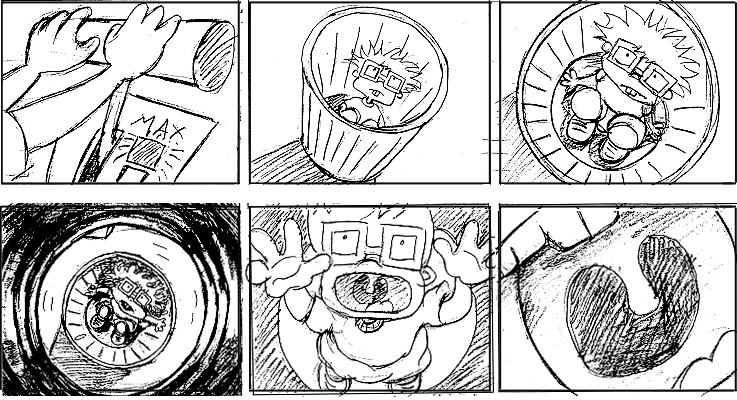 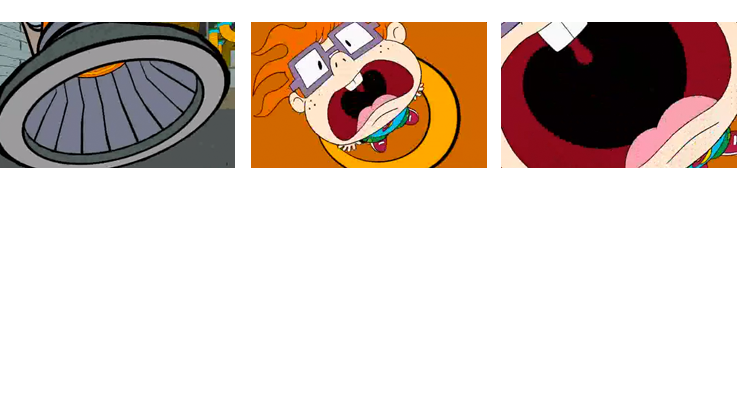 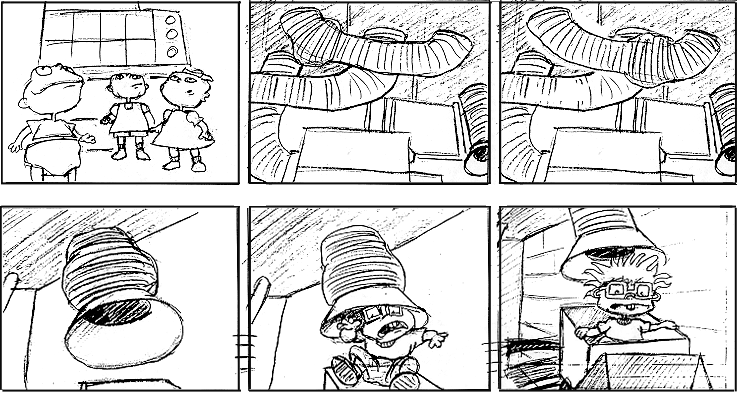 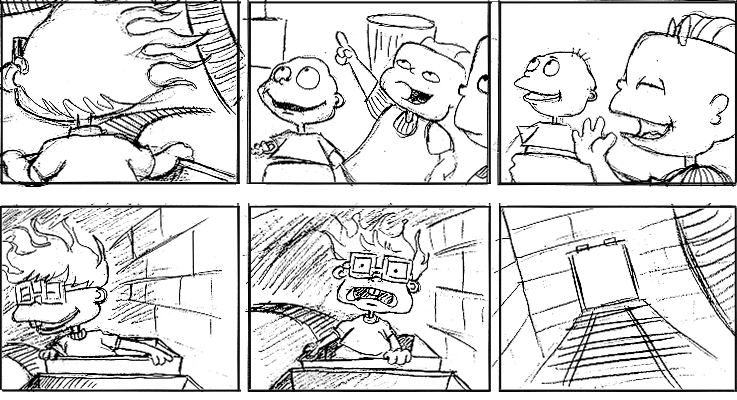 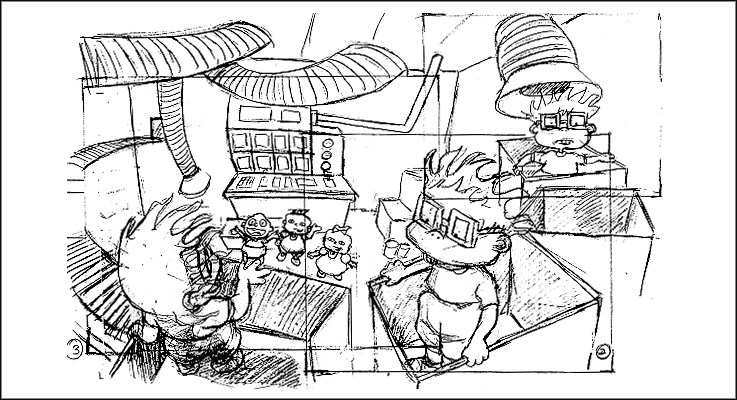 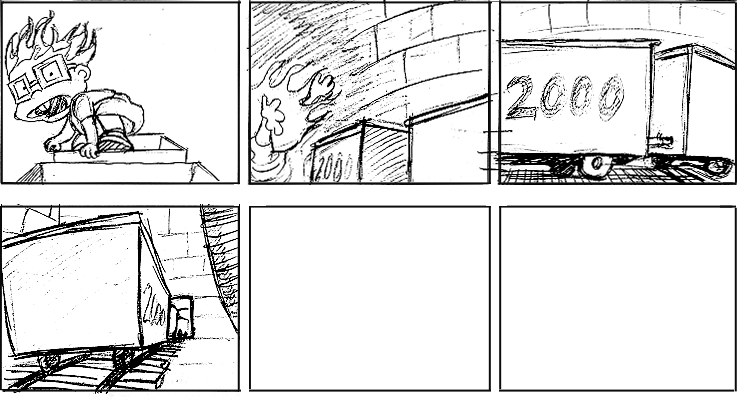 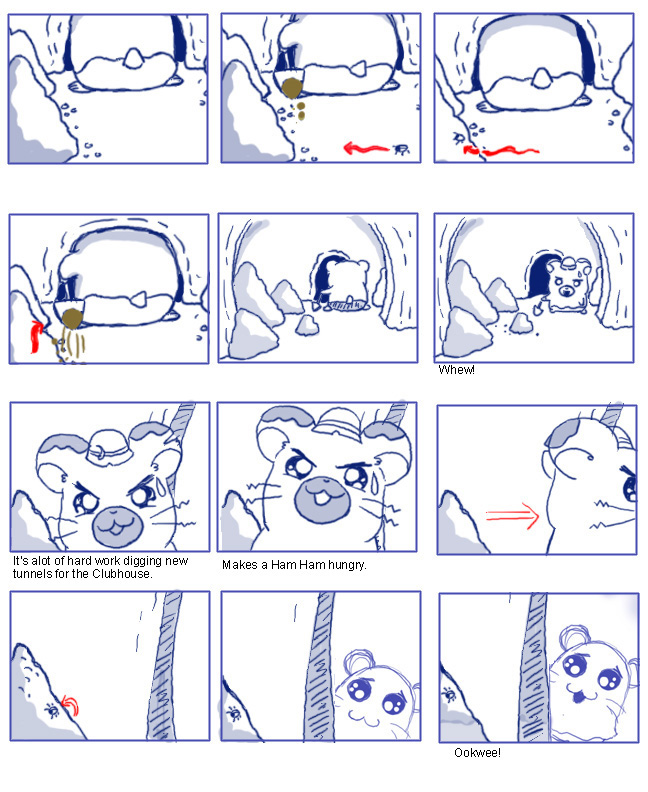 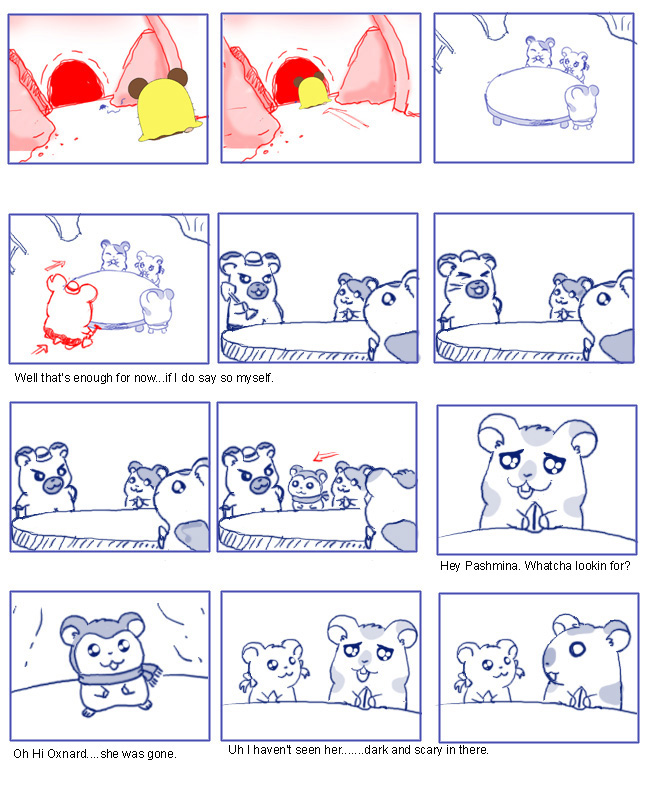 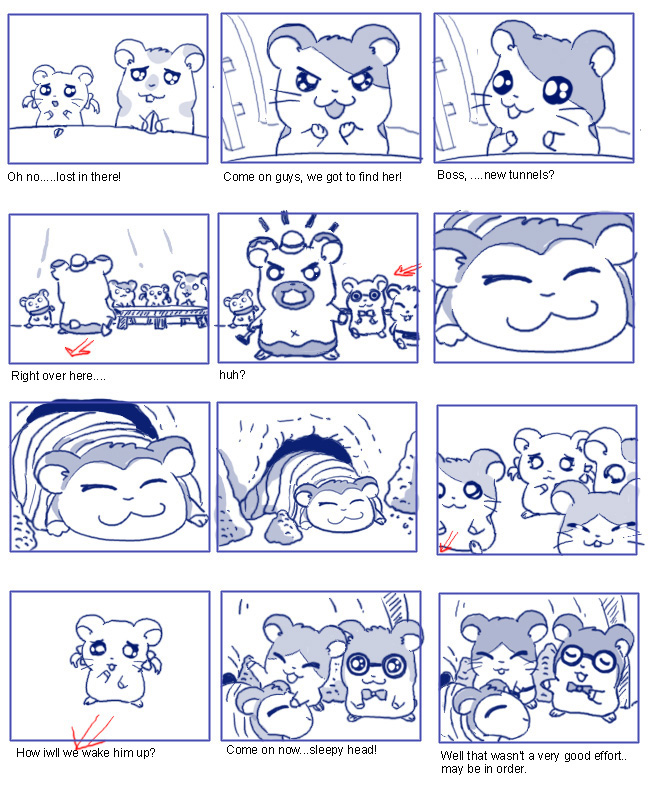 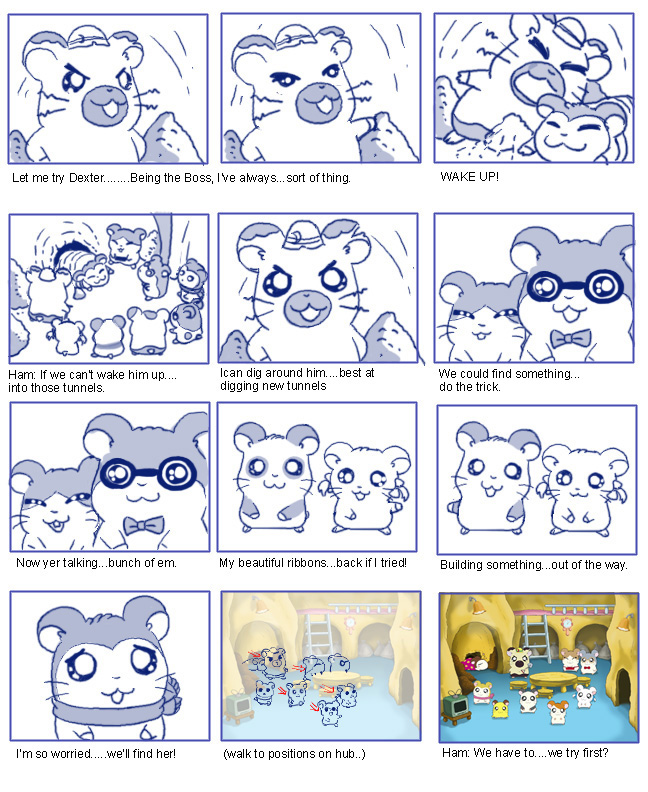 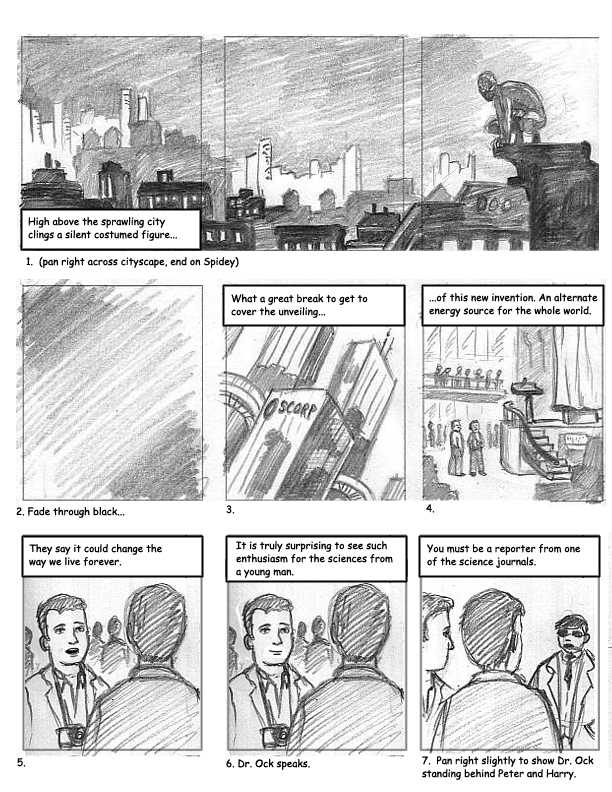 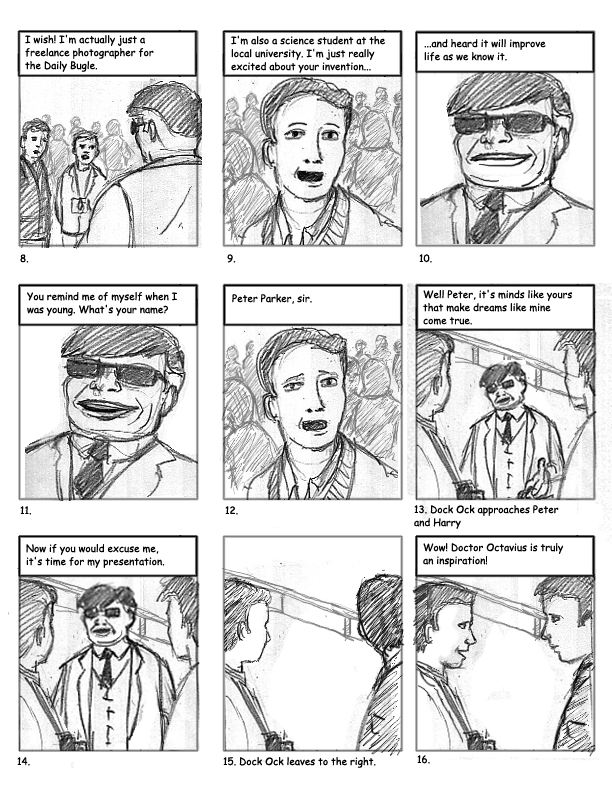 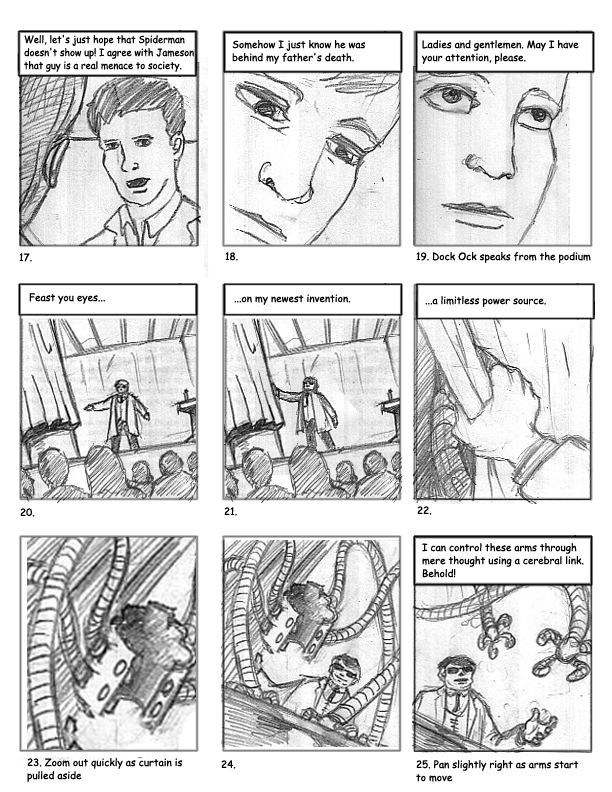 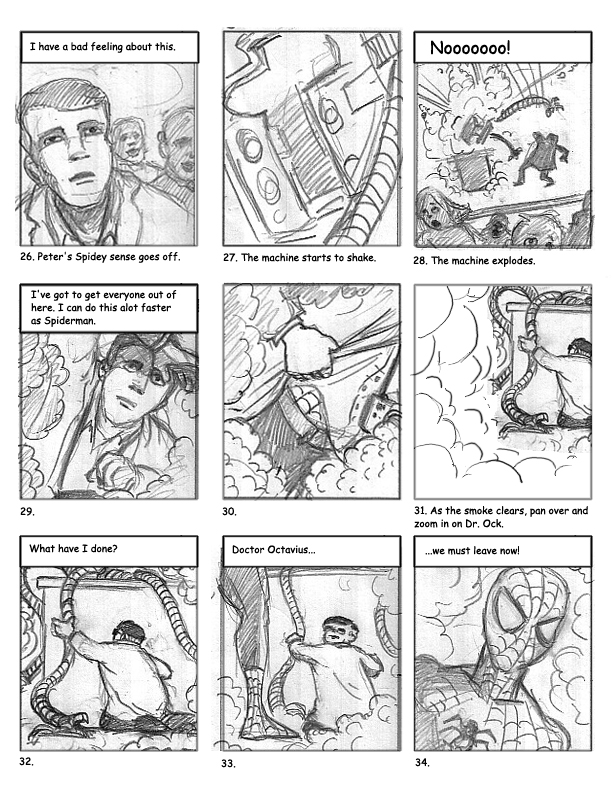 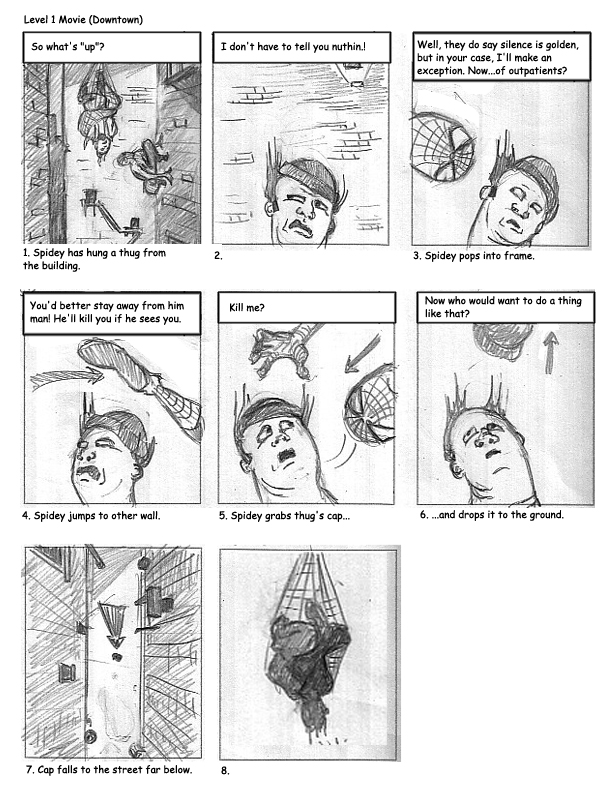 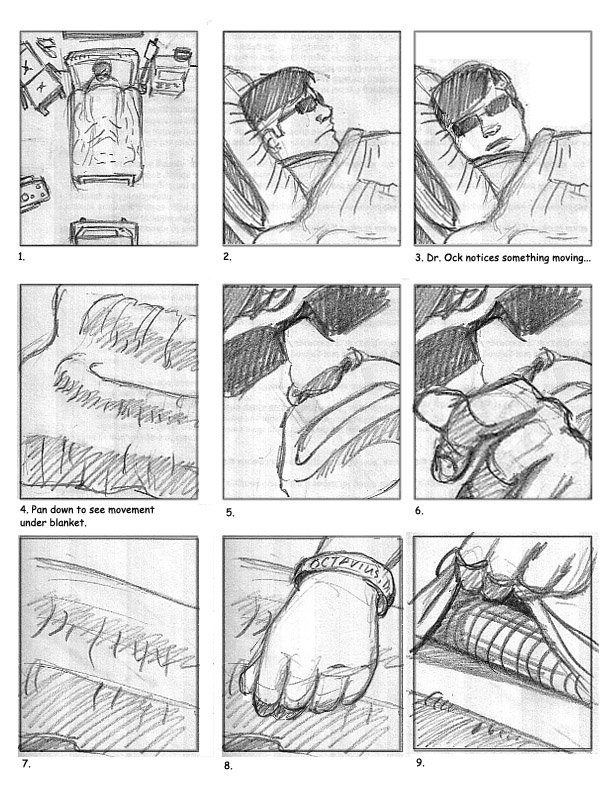 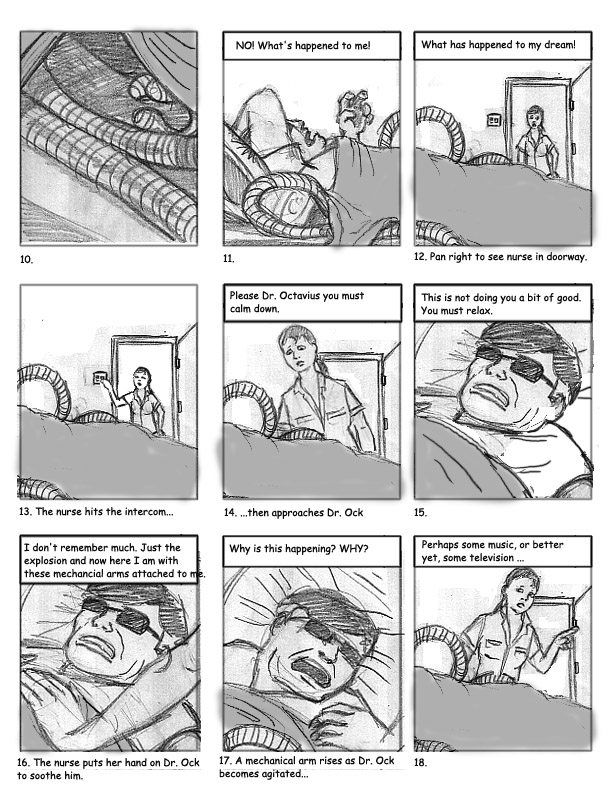 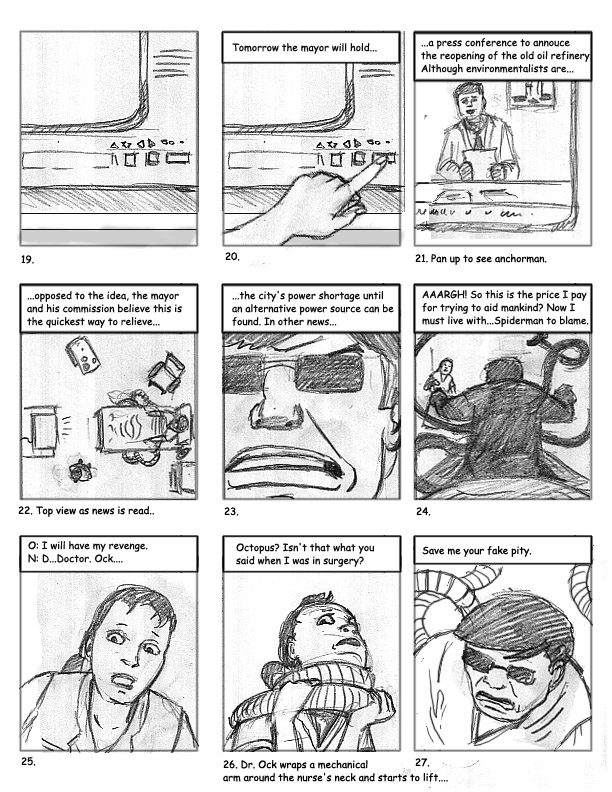 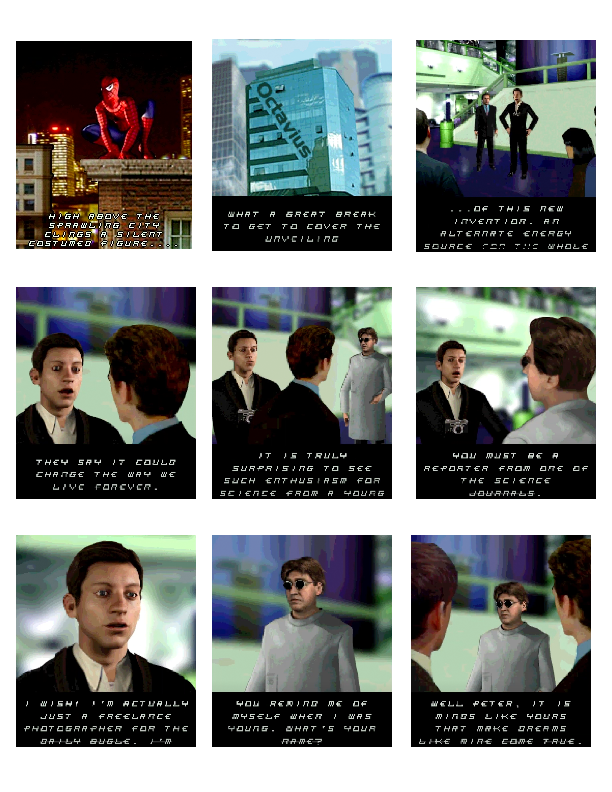 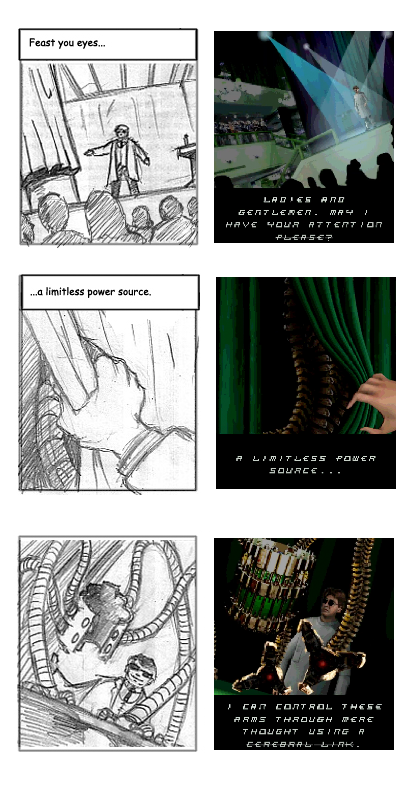 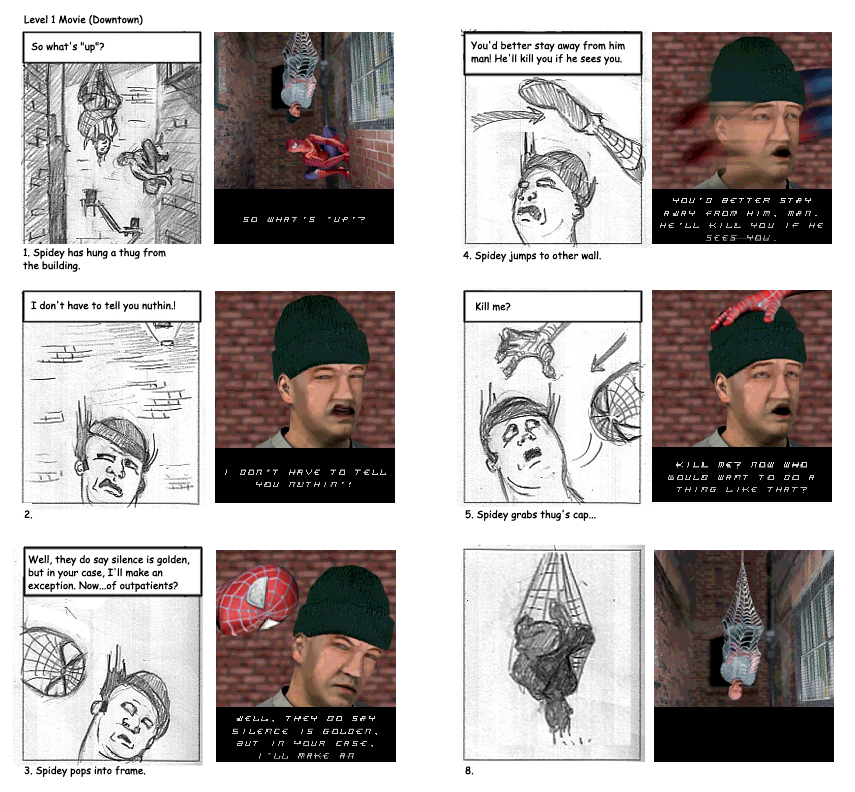 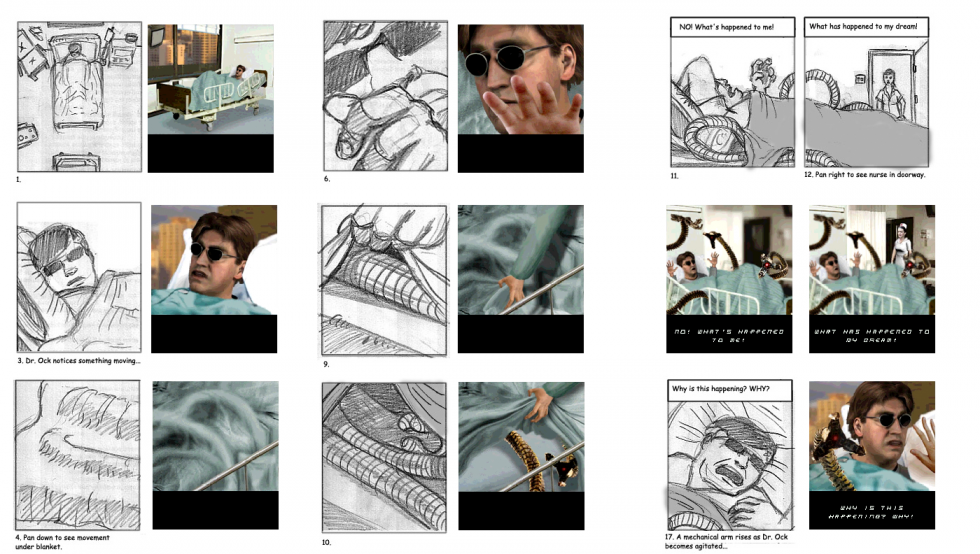 Storyboarding has been an integral part of my projects, whether for animation, games, or interactive stories. Early on, the distinction between gameplay and animated scenes (called cutscenes) was well-defined, as game engines were not yet robust enough to render the desired quality of animation in real time. Should the game experience require a more seamless feel to the transition between a rendered scene and gameplay, story design was enlisted to sort out what that would look like. The selected storyboards shown are for published games.

With the Rugrats Adventure Game for Nickelodeon and Broderbund I was involved in pre-production, animation for cutscenes, and was the lead animator on the game assets for Phil and Lil. During pre-production I storyboarded scenes that tied the story together once certain game-based tasks were completed by the player. The main challenges were to create a smooth segue between the gameplay and non-interactive scenes, blend the 2D animation with the 3D backgrounds, all the while evoking the visual style of the TV series.

The Hamtaro: Wake Up Snoozer game was based on the popular Hamtaro TV series and developed by ImaginEngine and Riverdeep/ShoPro as one of the Learning Company’s educational titles. I created storyboards, digitally painted backgrounds, and 2D animation for all of the non-interactive sequences, as well as a majority of artwork for the game layouts, and game-based character animation. As with Rugrats, the art and animation needed to follow the look and feel of the original TV series.

Spiderman 2 for the Nokia NGage was developed by Digital Eclipse for Activision. Originally, the storyboards I created for the game were intended to play as short 3D animations. However, the platform’s limitations required that they be adapted instead into single image panels composed of 2D and 3D artwork.

For Spiderman 2 you can see that I used the Marvel comic’s character artwork as reference for the storyboards, whereas the 3D artists that completed the work relied on likenesses of the film’s stars for the rendering of their 3D models. I’ve included a few images comparing the original storyboard panels with the final versions from the game. I note that the shift from animation to static imagery in the eventual production did dampen some of the story’s flow as it was originally envisioned.