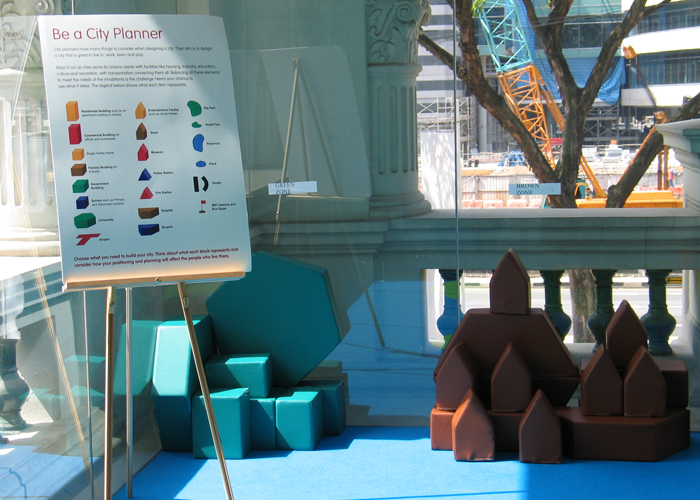 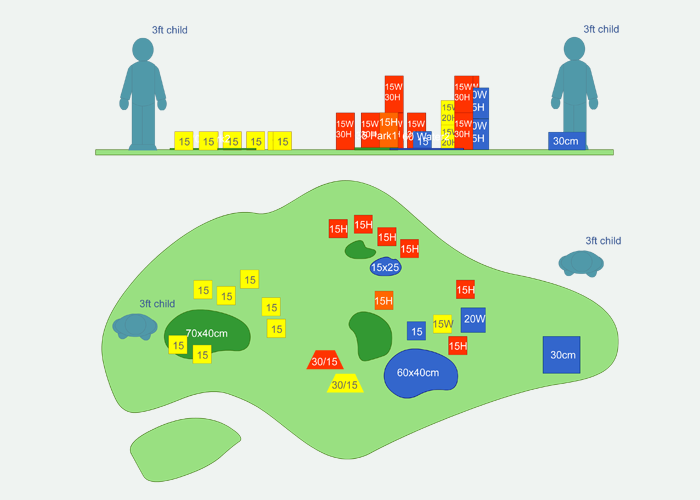 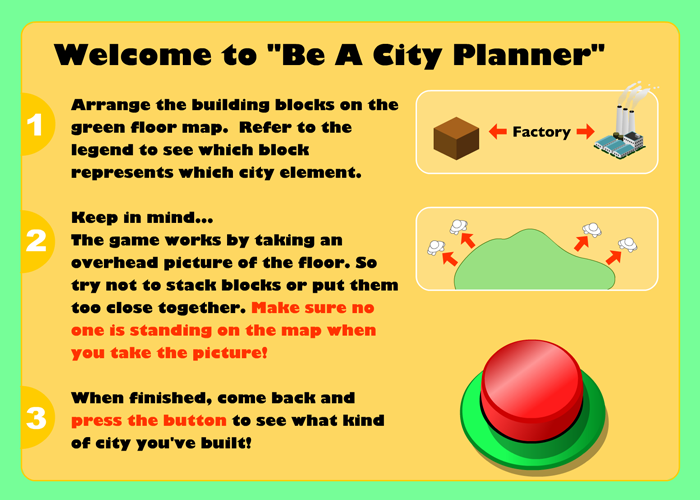 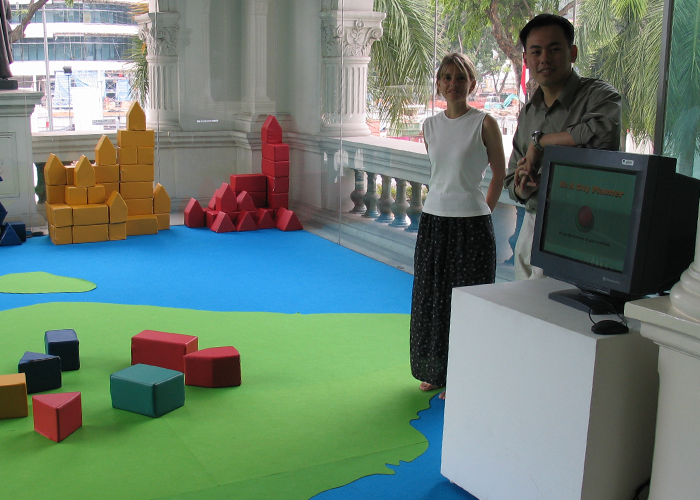 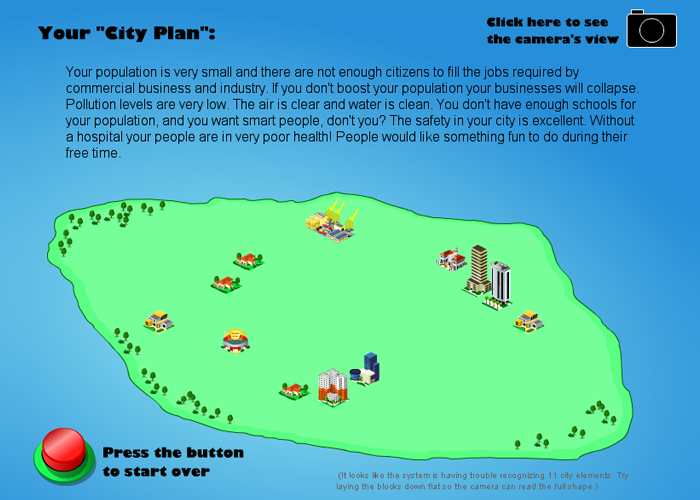 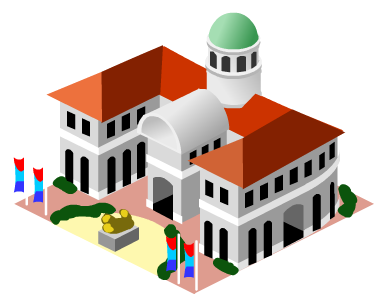 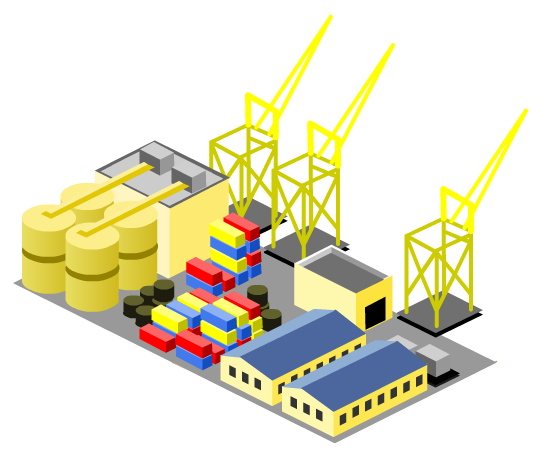 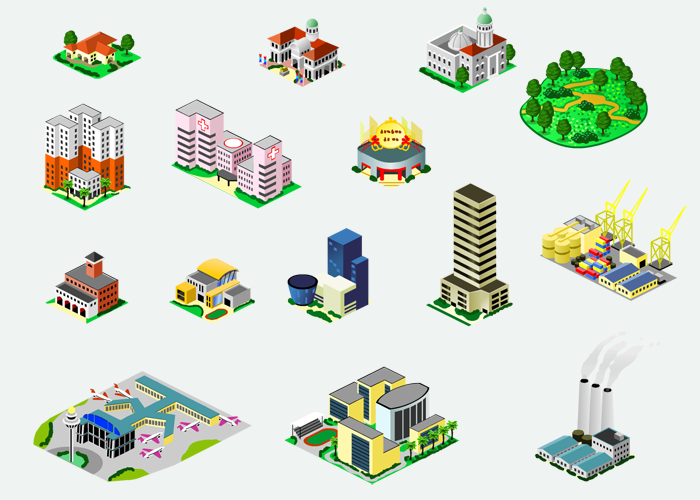 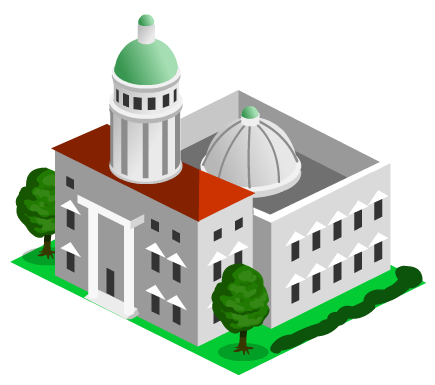 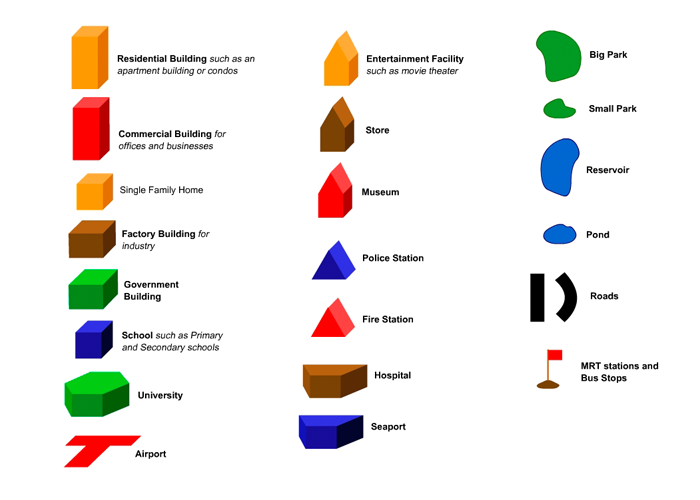 "Be A City Planner" for Singapore Art Museum

In honor of Singapore’s 40th anniversary as a nation, the Singapore Art Museum created the Blink! exhibition which presented a retrospective of the physical and social changes that took place in its first forty years. “Be A City Planner” was developed as a partnership between the museum and the GameLab at Singapore’s Nanyang Technological University, where I was the lab’s director.

The installation was a hands-on exploration of the challenges facing a rapidly growing nation. On a large Singapore-shaped floor map visitors could place foam blocks of different colors, shapes and sizes. The blocks represented city structures including hospitals, schools, residential buildings and factories, each corresponding to one of the city’s basic needs. A ceiling camera fed the block layout into a nearby computer that ran a simplified urban simulation program. The program took the configuration of blocks and recreated the layout as an onscreen virtual city, complete with images of buildings that resembled actual structures in Singapore. Visitors received feedback as to whether their city configuration achieved desirable living conditions.

The museum worked closely with educators, allowing them to focus on those aspects of city planning that were relevant to their course and age group. Besides serving as director of the project, I designed and programmed the urban simulation program. Wong Chee Kien Gabriyel of NTU’s GameLab wrote the image recognition software.