One of several experiments with filmic composition as it relates to interactive storytelling, Rear Window 6×6 involves six separate panels, or windows, each showing a configuration of two silhouetted figures inspired by film noir scenes. The imagery of the six smaller figures are meant to alternate with the six larger silhouettes, suggesting different dramatic permutations. The original version was a physical cardboard prototype for a standing artwork that viewers could walk around. Artwork of the smaller figures was attached to a rotating disk, with an electronic motor that realigned the images every few minutes. A second prototype was done for the web. 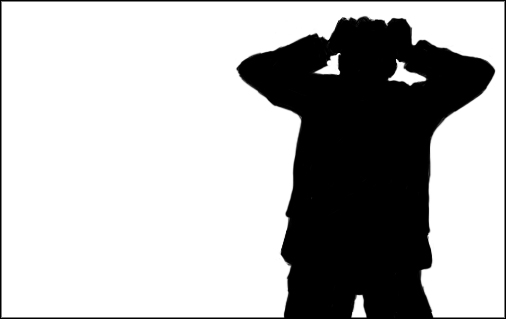 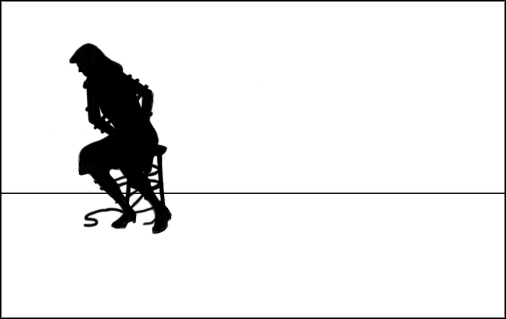 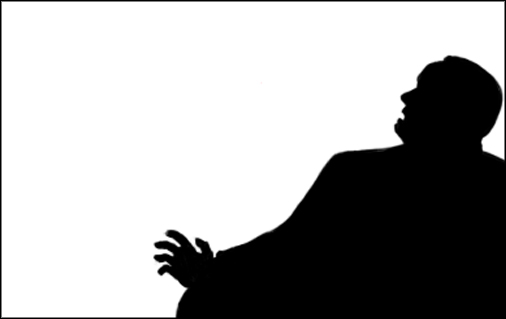 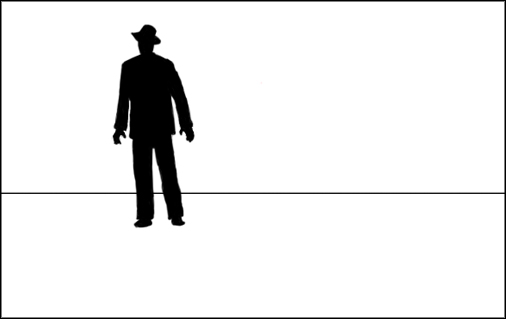 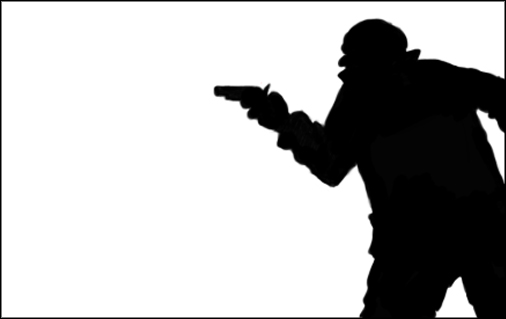 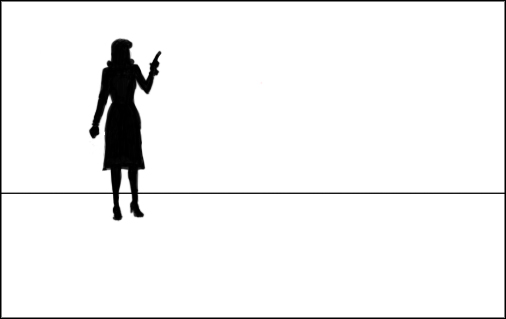 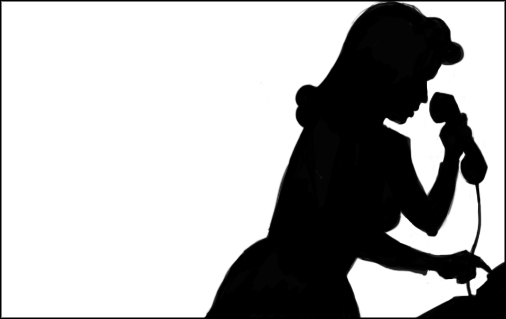 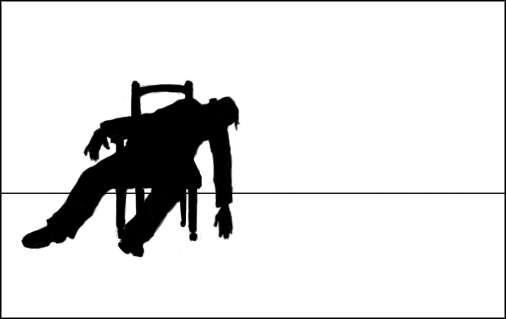 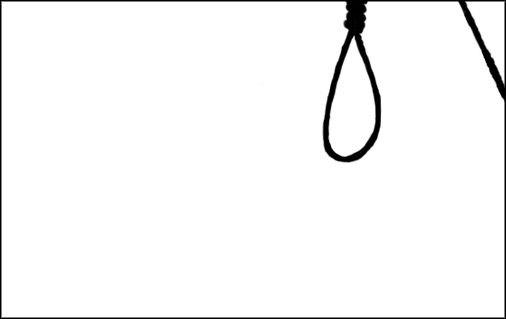 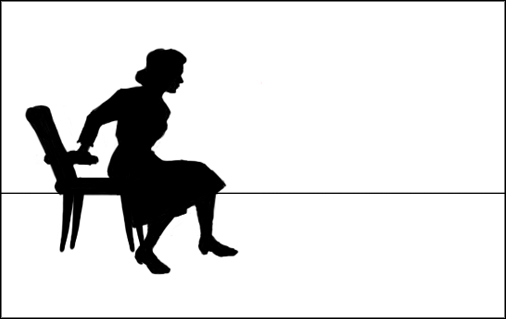 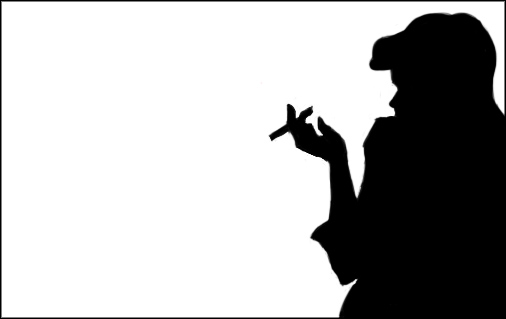 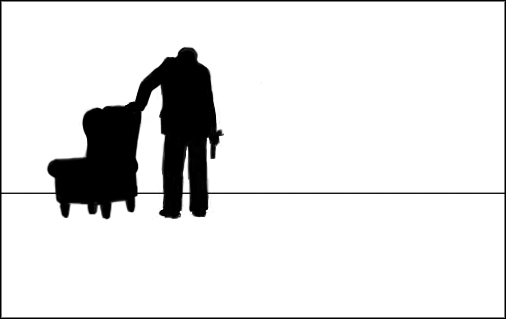 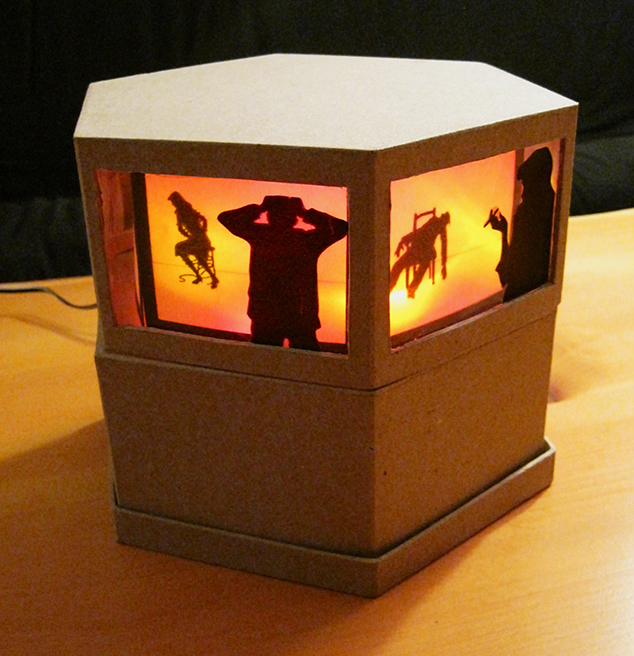 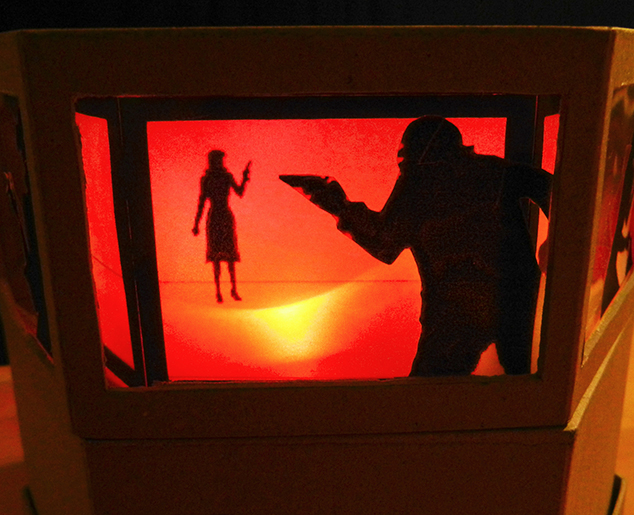