Verge is a playable prototype that explores the relationship between visual language and narrative in a virtual story world. Using the conventions of a third-person perspective videogame, the player performs in the world through a visible character and the game view that encompasses that character. By controlling the character and the camera view, the player can interact with the surroundings and with other non-player characters (NPCs) that inhabit the space.

The motivation for the prototype is to consider the role that the composition of the frame plays in communicating aspects story to and with the player. As we know from film language, the viewable frame teems with dramatic meaning, compressing physical, psychological, and interpersonal relationships into one. Videogames have long enlisted the filmic characteristics to further storytelling, drawing upon those features in the midst of interactive play. In Verge, the aim is to allow the player to converse with the story world through the visual imagery of the frame.

Verge was originally created for the Digital Arts and New Media MFA exhibition at UC Santa Cruz in 2016 and remains a first step in a larger artistic pursuit. The installation reflected its correspondence to the language of film by resembling a small movie theater. The work played on an immense monitor. A few feet away a square platform held three attached theater seats that faced the large screen. A small table in front of the seats held a single game controller and was close enough so that a person sitting in any of the three seats could interact with the work. 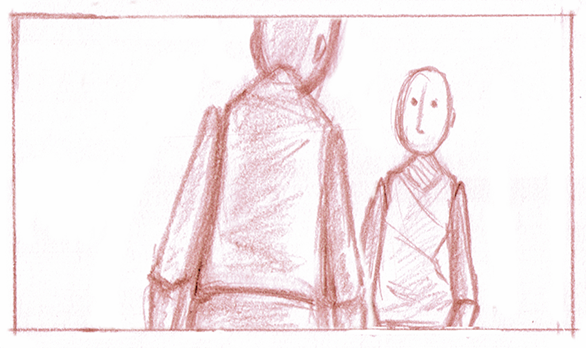 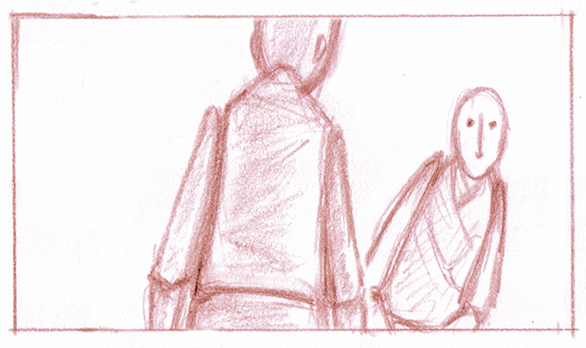 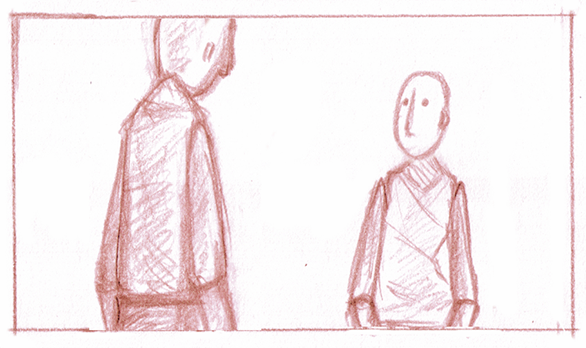 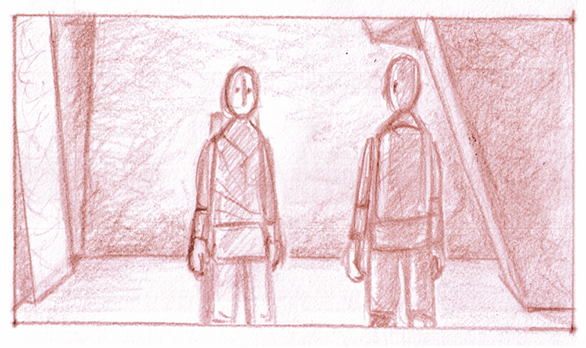 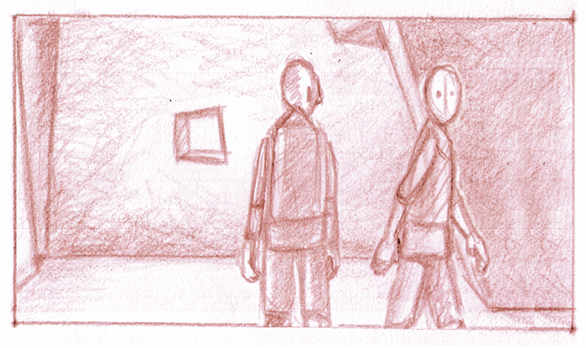 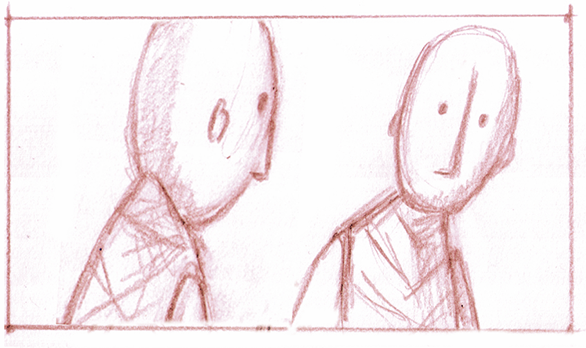 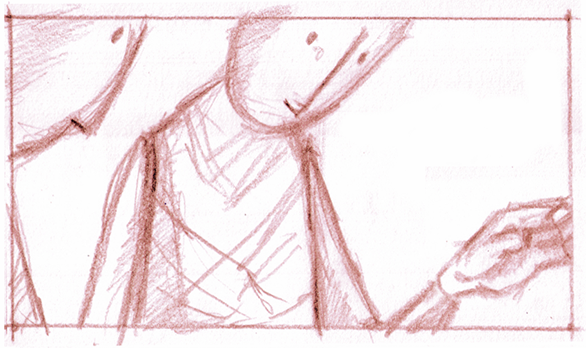 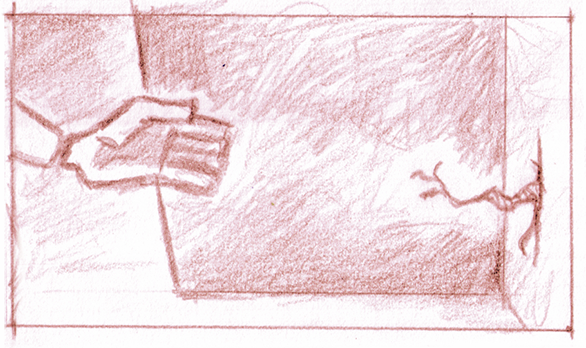 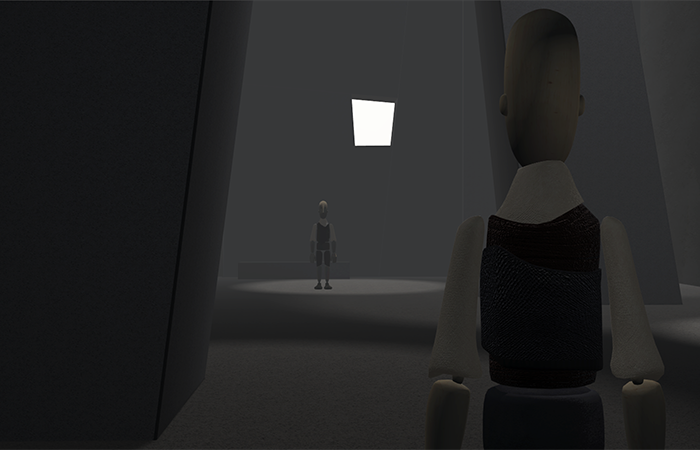 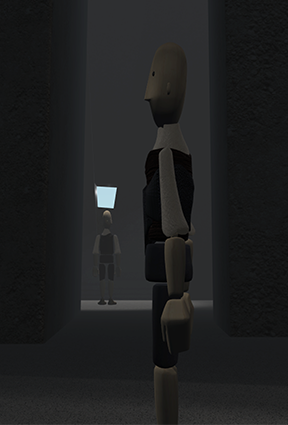 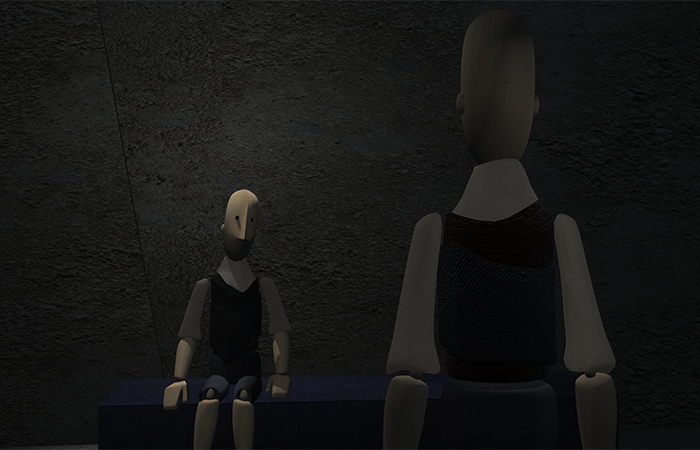 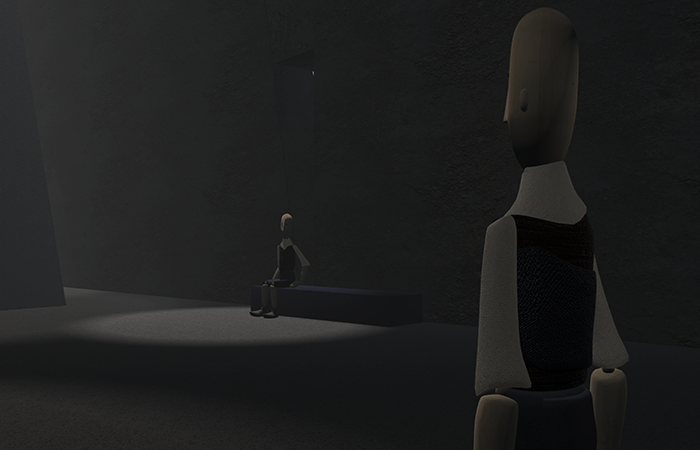 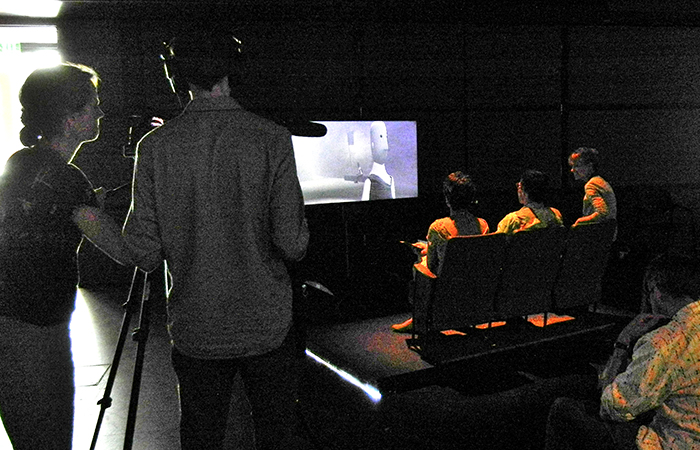 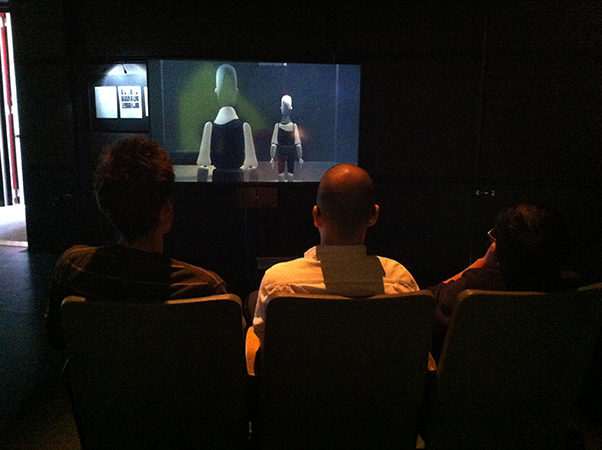 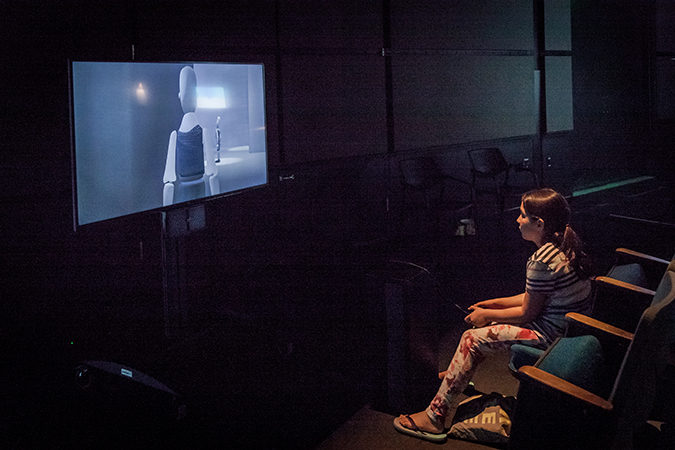